Pogba's long-time representative has been at loggerheads with the United hierarchy in recent years and angered the Red Devils once more this week by casting fresh doubt on where Pogba will be next season.

Raiola revealed on Thursday that he has already had discussions with Juventus sporting director Pavel Nedved about a possible return to the Italian champions from where Pogba re-joined United for a Â£89m ($116 million) fee in the summer of 2016.

And Raiola also made it clear that if United fail to qualify for the Champions League, Pogba will want to move to satisfy his ambitions.

But Solskjaer still sees Pogba -- who has 18 months left on his contract -- as a key part of his future plans.

"I've not spoken to Mino that is for sure. And, no, I haven't sat down and told Paul to tell Mino what he should say. Paul is our player and not Mino's."

Pogba, 27 next month, has made only eight appearances for United in an injury-ravaged season.

He will be missing again when United take on Chelsea at Stamford Bridge on Monday as he makes his way back from ankle surgery.

But Solskjaer insists Pogba is not dragging out his return and is desperate to help United achieve Champions League football, either via the Premier League or by winning the Europa League.

"As a player the last thing you want to be is injured and not be able to contribute to your team. Paul's a footballer and he wants to play football," added Solskjaer.

"As a player, I was injured for a long, long time myself so I know what it is like. It's a difficult period in your career but it is part and parcel of being a player. You are always running the risk of being injured.

United have been offered a lifeline in their quest to return to the Champions League next season with Manchester City's potential two-season ban from European competition meaning fifth in the Premier League could be enough to qualify.

Solskjaer's men are languishing in ninth, but can move to within two points of fifth with a third victory over Chelsea this season.

As well as Pogba, Marcus Rashford will also be absent for another few weeks, placing a heavy burden on deadline-day loan signing Odion Ighalo to score the goals that can haul United up the table.

Ighalo has had a far from ideal start to his United career. The Nigerian joined up with the United squad for the first time on Sunday after a two-week precautionary quarantine following his arrival from Shanghai Shenua.

However, Solskjaer has dangled the carrot of a permanent move to Ighalo's boyhood club should be impress between now and the end of the season.

"It's a loan but when you are in the door here and if you impress it gives you a chance," said Solskjaer. "That is exactly the same for anyone who signs, if it is permanent or a loan.

"If you impress as a player and as a person, if you can help this group improve, of course there is a chance that we will look at extending things." 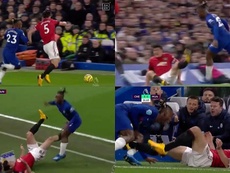 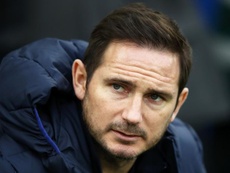 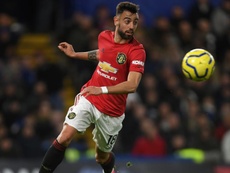 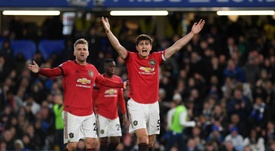