Serge Aurier's injury at Leicester City means youngster Kyle Walker-Peters might have to start for Tottenham at right-back versus Barcelona.

The 21-year-old right-back made his first Premier League appearance of the season when Serge Aurier limped out of Saturday's otherwise routine 2-0 win over Leicester City.

England full-back Kieran Trippier is expected to miss the trip to Camp Nou after a recurrence of his troublesome groin injury, meaning Walker-Peters could be left with a daunting assignment against the likes of Ousmane Dembele – although Barcelona boss Ernesto Valverde has hinted Lionel Messi may be rested with his side already through.

Tottenham need to better Inter's result against PSV when they face Barca in order to progress from Group B.

"The squad is the most important. Today Kyle Walker-Peters had the responsibility to play. If they [Trippier and Aurier] are not ready Kyle is going to play," Pochettino told BT Sport.

"He is a great player, younger, but he is going to give his best if we need to play with him."

Mauricio: "The performance was solid. I’m so pleased and that helps us prepare for the game against Barcelona. This squad has the belief."

Messi scored two sublime free-kicks in Barcelona's 4-0 derby rout of Espanyol, but Valverde told a post-match news conference that his star man could be set for a midweek off.

"We respect the competition and we want to win the game," he said.

Tottenham are back up to third in the Premier League following two wins in the aftermath of last weekend's loss to rivals Arsenal.

Pochettino's men are six points behind new leaders Liverpool and five shy of champions Manchester City, who suffered a first league defeat of the campaign at Chelsea on Saturday.

"There are a lot of games to play. We still haven't finished this half of the season," the Argentinian said, pondering his team's prospects in the title race.

"The gap is five and six points. If you compare to last season it is a much better gap. We reduced that gap.

"But that doesn’t mean anything because it is a long way to the go in the season. The most important thing is to be there in the last six or seven games of the season to fight. 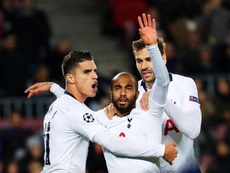 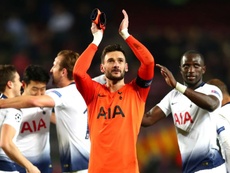 Hoddle: Spurs late heroics 'not good for my recovery!' 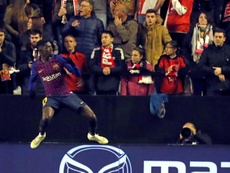 Valverde on Dembélé: 'We have training tomorrow' 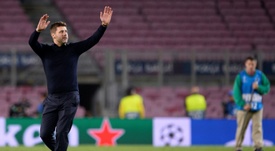