Karim Benzema sent once again a public message to Kylian Mbappe. Despite Leonardo's anger at Real for talking about Mbappe publicly, the Real Madrid striker made clear to everyone that he wants his comrade at the Bernabeu.

"I enjoy playing with him in the national team. In the future? Why not? He is a great player and we need to respect PSG. But I always said the same and If you want me to say it again I will, of course, one day (he will move to Madrid); he said to 'TVE'.

Benzema is among the favorites to win the 2021 Ballon D'Or: "It is a trophy that every player wants to win one day. Since I was a little kid I dreamt about winning it, but if I am where I am it's thanks to my teammates and the work we put in together. It is an individual trophy but thanks to them I am among the favorites".

"It means a lot to me to win a trophy for France. I am really proud of the work I have done during the years I wasn't part of the national team. It was hard work both physically and mentally. I am really proud of my work and this title makes me want to win another one", said Benzema when asked about his recent win in the Nations League final.

Real Madrid's next two games are crucial for the season: "The Shakhtar game is a must-win for us. We need to go there, play good football and win, especially after what happened against Sheriff, when we played a good game, created a lot of chances, but still lost. 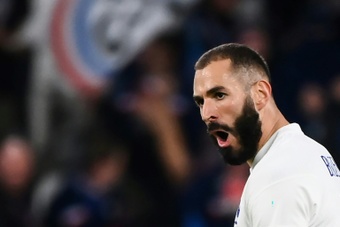 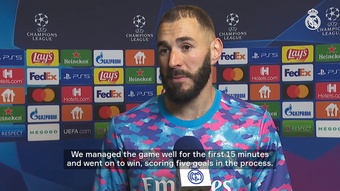