Neymar moved into outright second on Brazil's all-time goalscoring list after a hat-trick against Peru.

Neymar scored a hat-trick to lead Brazil to a hard-fought 4-2 win over Peru in World Cup qualifying on Tuesday.

The forward starred in Lima as Brazil twice came from behind to make it six points from two games to begin their campaign.

Neymar moved past Ronaldo and into outright second on Brazil's all-time goalscoring list, taking his tally to 64 – behind only Pele (77).

He first cancelled out Andre Carrillo's opener before Richarlison made it 2-2 after Renato Tapia had restored Peru's lead.

Neymar was fouled to win a penalty for the second time and he converted before later sealing the win in what was a repeat of last year's Copa America final.

Peru were also reduced to 10 men as Carlos Zambrano was sent off late.

The hosts had made a dream start, opening the scoring in the sixth minute through Carrillo.

A tame clearance from Marquinhos – who was substituted soon after with a suspected injury – fell to Carrillo to volley superbly into the corner.

Roberto Firmino should have brought Brazil level in the 13th minute, but the Liverpool forward was denied by a fine save from Pedro Gallese after Richarlison's header into his path.

But the visitors would get an equaliser from the spot, Neymar fouled before finding the bottom corner with a penalty for his 62nd international goal.

Neymar thought he had given Brazil the lead on the half-hour mark, only for his effort to be ruled out for a narrow offside decision against Richarlison.

Miguel Trauco forced Weverton into a good save with a strike from an angle early in the second half before Peru restored their lead in the 59th minute.

Tapia's volley from 25 yards took a huge deflection off Rodrigo Caio, wrongfooting Weverton and finding the back of the net to make it 2-1.

However, Brazil were level five minutes later, Richarlison forcing a Firmino header over the line after Neymar's corner.

Neymar converted another penalty in the 83rd minute to give Brazil the lead.

The star forward was fouled by Zambrano as he tried to get on the end of an Everton Ribeiro cross, before again placing his spot-kick into the bottom corner.

Making matters worse for Peru, Zambrano was sent off for an elbow on Richarlison, with Carlos Caceda having also been shown a red card while on the bench minutes earlier.

Neymar wrapped up his hat-trick in additional time, tucking away a finish from close range after Everton hit the post.

What does it mean? Brazil stay perfect

Tite's men were made to work hard, but two wins from two gives them a dream start to the gruelling campaign. But they were also put through two different encounters – a 5-0 thrashing of Bolivia followed by the test against Peru.

Neymar was the star once more for Brazil. Along with his hat-trick, he was also involved in Brazil's other goal as his corner led to Richarlison's effort. Aged 28 and within 13 goals of Pele, Neymar seems certain to pass the all-time great on Brazil's goalscoring list.

While they kept a clean sheet against Bolivia and in their previous win over South Korea in November last year, Brazil had conceded in six straight games before that. They had problems defensively again against Peru as Marquinhos' poor clearance was punished before his replacement, Caio, also headed into a dangerous area and threw himself at Tapia's shot, although the deflection was unfortunate.

Brazil's campaign continues with clashes against Venezuela and Uruguay next month, while Peru will face Chile and Argentina. 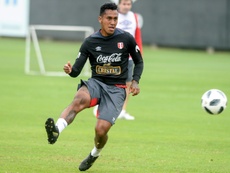 'We can play well without Paolo' 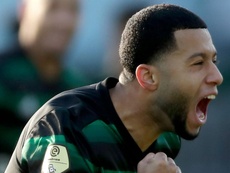 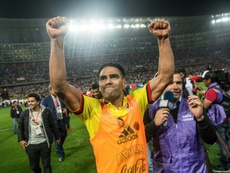 Chile could complain to FIFA over Peru/Colombia collusion 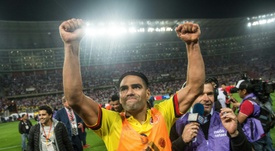