Mario Pasalic scored twice to get Atalanta back to winning ways with a 3-0 Lombardy derby victory at struggling Brescia on Saturday, as Fiorentina fell to a third consecutive defeat at home to promoted Lecce.

Pasalic nodded in the opener on 26 minutes for Atalanta, before grabbing a second after an hour with Josip Illicic firing in a late third to end the Bergamo side's four-match winless run in the league.

Atalanta, boosted by claiming their first ever Champions League win against Dinamo Zagreb in midweek, are now level on points with fourth-placed Cagliari and Roma, who play later this weekend.

Gian Piero Gasperini's side had not won in Serie A since their 7-1 victory over Udinese a month ago.

"There was a bit of fatigue, we were scraping the bottom of the barrel in terms of energy," said Gasperini.

"I shouted at the players a few times to try to spur them on to close out the game...

"We're more tired (from playing in the Champions League), but we are training at a higher level and getting used to it."

Italy forward Mario Balotelli returned to the Brescia line-up having being dropped last weekend for a lack of commitment in training.

But apart from hitting the crossbar on 55 minutes, Balotelli rarely threatened as the promoted side fell to their sixth consecutive defeat to stay rooted to the bottom of the table.

The match was the first since the publication of a letter on Friday signed by the country's 20 top-flight clubs saying "basta" (that's enough) to racism in Italian stadiums.

Balotelli has been targeted by racist abuse since returning to Italy to play for his hometown club this season.

Atalanta dominated, with Pasalic connecting with a Timothy Castagne cross to head in early on.

The midfielder then scored his fourth goal of the season, having also netted against Manchester City and Udinese, with a back-heel flick from an Ilicic cross.

Slovenian Ilicic broke through for the third two minutes into injury time.

Jeers rained down on Fiorentina's players and coach Vincenzo Montella as the Tuscany side were beaten by Lecce.

Montella's job is reported to be on the line as the club sit 11th, nine points off the Europa League berths.

Kevin-Prince Boateng came on for Ribery with the hosts going behind five minutes after the break to an Andrea La Mantia header.

Dusan Vlahovic and Nikola Milenkovic both missed chances for Fiorentina to leave the club with just one point from their last four games.

For Lecce it was a first win since beating SPAL on September 25, with the southerners moving four points clear of the relegation zone.

"Ribery was disappointed at not being able to continue," said Montella.Â "It was a very heavy blow to his ankle."

Torino beat Genoa 1-0 for just their second victory in nine games, thanks to a second-half goal from Brazilian defender Bremer.

Both sides are struggling with Genoa falling to their third defeat in five games.

Bremer latched onto Simone Verdi's corner to head in his first Serie A goal on 77 minutes.

Visitors Torino finished the match a man down after forward Simone Edera came on three minutes from time in place of Verdi and picked up two yellow cards to be sent off deep into injury time.

Juventus and Inter Milan resume their duel at the top of the table on Sunday after midweek European successes.

Serie A leaders Juventus are at home to 14th-placed Sassuolo, looking to keep their one-point advantage over Inter Milan, who host SPAL. 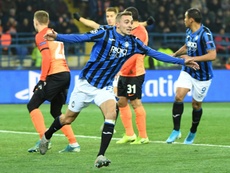 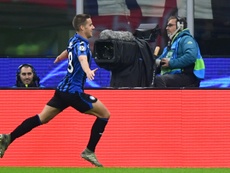 Pasalic double gets Atalanta back to winning ways at Brescia 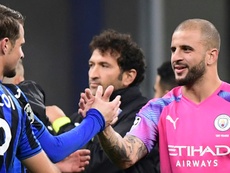 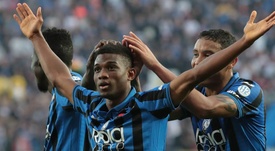 Nothing is impossible for Zapata