Bundesliga crisis club Schalke picked up their first point of the season on Sunday as Goncalo Paciencia's second-half equaliser rescued a 1-1 draw at home to Union Berlin.

Paciencia's 69th minute header ended a nightmare start to the season for Schalke, who began the day with no points and one goal from their first three games.

After a cagey first half, Marvin Friedrich nodded in a Christopher Trimmel cross to put Union ahead shortly after the break. Schalke coach Manuel Baum, who replaced David Wagner last month, responded by bringing on Paciencia, who levelled the scores with 20 minutes to play. After former Union player Steven Skrzybski had forced a corner on the counter-attack, the Portuguese striker found the net with a glancing header at the near post.

The draw lifts Schalke off bottom spot and gives Baum's side a timely boost ahead of next week's derby at Borussia Dortmund. Yet the seven-time German champions are still without a win in 20 league games, in a miserable run which stretches back to January.

Elsewhere, Eintracht Frankfurt and Portugal striker Andre Silva continued his electric early season form with a third goal in four Bundesliga games as his side drew 1-1 away to Cologne. Frankfurt missed the chance to draw level on points with league leaders RB Leipzig after Silva's first-half penalty was cancelled out by Ondrej Duda's equaliser.

The visitors dominated a scrappy first half, and were rewarded just before the break when Sebastiaan Bornauw brought down Japan international Daichi Kamada in the box. Silva stepped up, and slotted the ball past Timo Horn to give his side a deserved lead. The Portuguese, who completed a permanent move from AC Milan last month, now has four goals from five games in all competitions.

Duda levelled the scores shortly after half-time, blasting in a sharp cross from Kingsley Ehizibue to secure Cologne their first point of the season. Frankfurt now sit in fourth after four games, with only Leipzig, Bayern Munich and Borussia Dortmund having enjoyed a better start to the season. 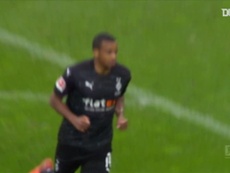 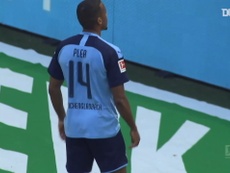 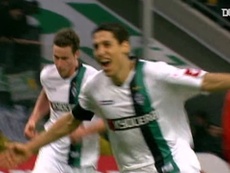 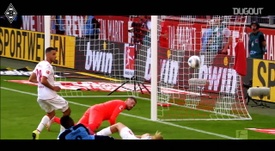