Arsenal midfielder Ozil spoke out on Instagram against China's treatment of the Uighur population in Xinjiang last year.

More than one million Uighurs and mostly Muslim Turkic minorities have been rounded up in internment camps, according to human rights groups and experts.

Arsenal did not criticise Ozil for making the comments, but instead posted on their page on the Chinese social media site Weibo that the club "always adheres to the principles" of not getting involved in politics.

Since then Premier League clubs have supported the Black Lives Matter movement after George Floyd was killed in America.

Former Germany international Ozil, who was frozen out by Gunners boss Mikel Arteta for "football reasons" since the coronavirus restart, would have liked similar support over the Uighur issue.

"It doesn't matter what religion or colour you are - Muslim, Christian, Jew, black, white or anything else. We are all the same," Ozil told the Athletic.

"What I said was not against Chinese people, it was against whoever is doing this to the Uighur Muslims and other people who are not helping them, such as other Muslim countries.

"I have given a lot to Arsenal, on and off the pitch, so the reaction was disappointing. They said they don't get involved in politics but this isn't politics and they have got involved in other issues.

"In America, we saw George Floyd killed and the world spoke up to say Black Lives Matter, and that is correct. We are all equal and it's a good thing that people fight against injustice.

"There are a lot of black players and fans of Arsenal and it's fantastic the club is backing them.

"But I wish people would have done the same for the Muslims because Arsenal have many Muslim players and fans as well, and it is important for the world to say that Muslim Lives Matter." 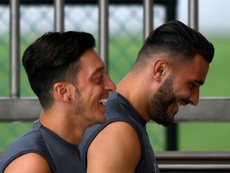 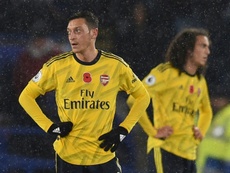 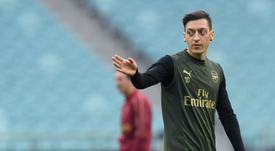