Michael Olunga scored twice as Kenya edged neighbours Tanzania 3-2 in Cairo Thursday to keep alive hopes of reaching the second round in the Africa Cup of Nations.

The Japan-based forward equalised in the first half and scored the 80th-minute winner in a lively east African derby.

Johanna Omolo was the other scorer for Kenya, who trailed 2-1 at half-time.

Saimon Msuva and Mbwana Samatta netted for Tanzania, who have never won a Cup of Nations match in two appearances spanning 39 years.

Earlier, Algeria defeated Senegal 1-0 in a foul-riddled first match of a Group C double-header at the 30 June Stadium and both countries are set to make the last 16.

Even if Kenya lose their final group match against Senegal, they will hope to squeeze into the knockout phase as one of the four best third-place teams.

After two rounds, former champions Algeria have six points, Senegal and Kenya three each and Tanzania are pointless.

Coaches Emmanuel Amunike of Tanzania and Sebastien Migne of Kenya reacted to two-goals losses in their opening group matches by making three changes each.

France-born Migne spoke before the match of the need "to start well" but Tanzania were the more committed side in the early exchanges and led after only six minutes.

Kenya goalkeeper Patrick Matasi could only parry a stinging shot from Taifa Stars captain Samatta and Msuva tapped in the rebound.

The Harambee Stars were unlucky not to score midway through the half when headers by Francis Kahata and Olunga struck the woodwork within seconds of each other.

Msuva nearly scored a second goal when his free-kick from well outside the box was heading for the corner of the net until Matasi tipped the ball over.

An intense match produced two more goals inside a minute close to half-time with Kenya levelling and then falling behind again.

When Tanzania goalkeeper Aishi Manula flapped at a free-kick, the ball struck team-mate Erasto Nyoni and drifted toward Olunga, whose bicycle kick found the net.

The Kenyan joy was shortlived, however, as Samatta punished clumsy defending to fire the ball into the net and give Tanzania a 2-1 half-time advantage.

There was no let-up in the physicality from both teams as the second half progressed and Manula made a superb reflex save to parry a header from Kenya captain Victor Wanyama.

But Manula could not prevent Kenya equalising a second time on 62 minutes when a cross after a short corner was powerfully nodded into the net by Johanna Omolo.

It got worse for Tanzania 10 minutes from time when they fell behind for the first time as Olunga fired the ball into the net off a post from the edge of the box. 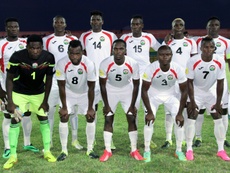 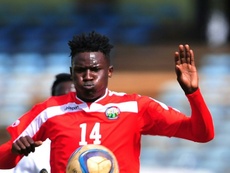 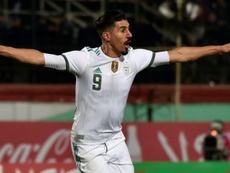 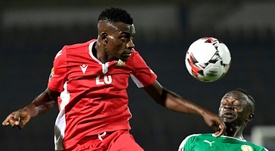