Ajax midfielder Hakim Ziyech will join Chelsea at the end of the season, both clubs have confirmed. The fee is 40 million euros plus possible variables.

Chelsea has signed H. Ziyech from Ajax for 40 mill.

Hakim Ziyech will leave Ajax at the end of the season, the two clubs have confirmed.

The move will cost 40 million euros and is subject to the player agreeing personal terms. That fee could increase to 44 million based on variable factors.

"Chelsea Football Club has reached an agreement with Ajax to sign Hakim Ziyech this summer. The move is subject to the player agreeing personal terms," Chelsea wrote on their website.

The first to hint at a deal were Ajax, who published a message on Twitter which said: "Hey, Chelsea, you have to believe in this magic and great things will happen." The post included a video with some of his highlights.

The move was an open secret. Not long back, it was revealed that the English side were a step away from signing him for 45 million euros. In the end, it has been for 40 million plus variables.

Therefore, Frank Lampard's men have come out of these negotiations well because the market value of the footballer is almost 65 million euros and he has a contract until 2022. So Chelsea have saved almost 20 million euros.

This season, Ziyech has scored eight goals and 18 assists in 30 matches. He is giving plenty of assists. Last term, he scored 21 goals and gave 20 assists in 49 matches.

It will be Ziyech's first time in the Premier League. At the moment, he has only played in the Eredivisie for Heerenveen, Twente and Ajax.

Chelsea has signed H. Ziyech from Ajax for 40 mill. 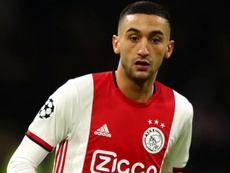 Ajax not taking a 'big risk' with Chelsea-bound Ziyech 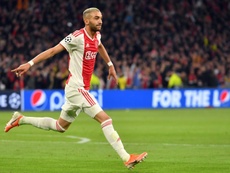 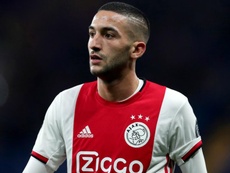 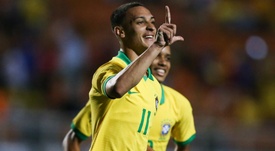