North Korea won the Women's East Asian Cup with a hard-fought 2-0 victory over rivals South Korea in Wuhan on Saturday.

A draw was all that was required by North Korea to win the four-team, round robin tournament, but a deflected Yun Song-Mi free-kick and a Ra Un-Sim goal in the second half sealed the tournament with a victory.

North Korea goalkeeper Hong Myong-Hui narrowly avoided embarrassment in the 10th minute when she let a long range Jung Seolbin shot slip under her body, but recovered to stop the ball just before it crossed the line.

In the 20th minute, South Korean defender Lim Seonjoo was booked for holding back North Korean striker Ra Un-Sim, who was threatening to break through on goal.

North Korea then broke the deadlock from the resultant free-kick around 25 yards out, when Yun Song-Mi's effort took a deflection and flew into the net.

South Korea almost struck back seven minutes later, when Jung Seolbin curled a shot from the left hand edge of the box but the ball crashed off the post and was cleared.

The match was sparsely attended but a 50-strong troupe of identically-attired North Korean fans caught the eye at half time with a series of choreographed moves.

North Korea extended their lead in the 51st minute when Ra Un-Sim evaded three South Korean defenders to slot a low diagonal shot into the net and make it 2-0.

South Korea had much of the play in the second half but were unable to capitalise, and the final whistle brought exuberant celebrations as North Korea were crowned East Asian Cup winners.

Japan beat China 2-0 in the third-place play-off thanks to two goals in the last two minutes.

"We've got better each game and in the end, they showed what they are capable of in the final game," Japan's coach Norio Sasaki told Japanese news agency Kyodo.Â

Four teams compete in the East Asia Cup which is run every second year and usually contested between China, Japan and the two Koreas.

The men's and women's editions ran concurrently in Wuhan, central China, this year. 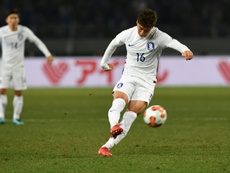 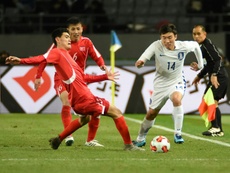 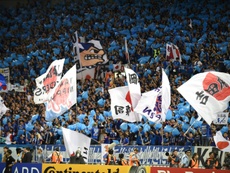 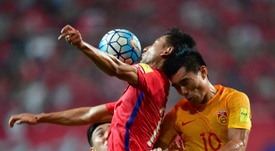