Neymar, who is experiencing the quarantine in Rio de Janeiro, spoke about some memories from this season. As well as choosing the ones which he thinks have been the best ones from the 2019-20 season, he showed that he is still overwhelmed by the comeback against Borussia Dortmund in the Champions League.

Neymar is not stopping in his big Rio de Janeiro mansion. Although he showed that he is human and also gets bored in the confinement. For that reason, he said a few words through his press officers with memories of the season. Like the 2-0 win against Borussia that secured the passage to the quarterfinals of the Champions League, something that still has him overwhelmed.

"The night was special, it was like the Libertadores. The crowd was not on the field but welcomed us into the streets with an incredible party. What we needed happened. Another unforgettable thing was the party with the fans after the game," the PSG striker who had already been important for the Parisians scoring the goal in the 2-1 defeat in the first leg, was really looking forward to facing that match: "I was waiting for that game. The days leading up to that day were very tense moments. The most important thing was the unity of our group and the will of all the players, from the oldest to the youngest".

Neymar shared other important moments during the season, such as the games against Strasbourg and Lyon, who scored the winning goal to thus break the unpleasantness with the fans after his frustrated move to Barcelona in the summer.

He also remembered the game against Lille, which he played in little after finding out about the death of Kobe Bryant, to who he dedicated the goal. 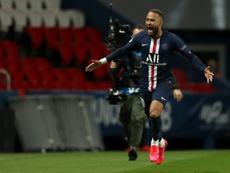 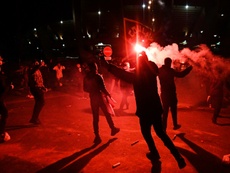 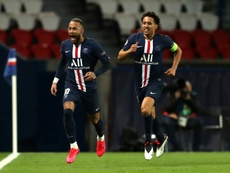 PSG rapped on the knuckles by UEFA for mocking Haaland 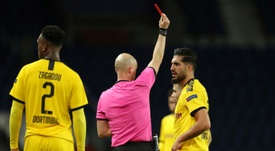