Neymar is "determined to give everything" for Paris Saint-Germain, according to goalkeeper Keylor Navas.

Brazil international Neymar was heavily linked with a return to Barcelona in the close season, just two years after leaving them for a world-record fee of €222million.

But the 27-year-old has scored 64 goals in 74 appearances for PSG and this season formed a key part of the 'Fantastic Four' with Kylian Mbappe, Mauro Icardi and Angel Di Maria.

Neymar has reportedly cancelled a party for his upcoming birthday in order to focus solely on PSG, a mentality Navas has taken note of.

Asked about the club's formidable attacking line-up, Navas told Telefoot: "These are players with an incredible level and, for me, it is a privilege to be able to play with them.

"We feel calmer and we believe in them. We know that they will do good work.

"Neymar is a player at a whole different level, in a different world. We are very happy to have him in our team because he helps us a lot, he makes us stronger. And we know that he is determined to give everything."

After being eliminated from the Champions League at the quarter-final stage for four straight seasons from 2012-13, PSG have exited the competition at the last 16 in their three most recent campaigns.

Thomas Tuchel's side have a tricky tie with his former team Borussia Dortmund in the first knockout round coming up this term, but Navas believes they are ready to break new ground.

"We have a very good squad, all the conditions are there, we are ambitious and we want to win titles," said the Costa Rica international, who arrived from Real Madrid in September.

"This team is of a very high calibre, with players who achieve incredible things individually but the most important thing is that the squad is united 100 per cent.

"I am very happy, everyone here welcomed me really nicely, my family feels good and I have great team-mates. I am really enjoying myself. However, that is never sufficient.

"I always want to win, again and again. I did not come to PSG to have a good time, but to work with humility, desire and above all to win titles because that's what we love." 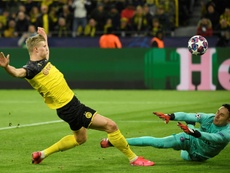 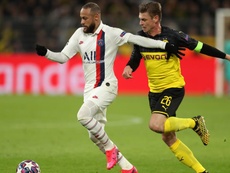 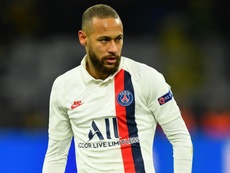 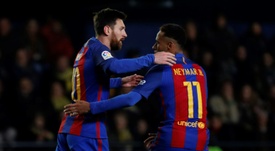