Barcelona forward, Luis Suárez, gave an interview to 'Mundo Deportivo', in which he gave his opinion about Neymar, Lautaro, the salary decrease and his future at Barcelona.

Luis Suárez continues to recover from his knee injury at home and hoping that he can play again. The forward has assured that he will be able to return to training with all his teammates and soon as everything returns to normality and the pandemic passes.

In an interview with 'Mundo Deportivo', the Uruguayan touched on many important topics that mark the current situation of the Catalan club, but before that, he wanted to send a message to all the clubs' fans.

"The message I'm sending to the Barcelona people is to listen to the authorities first. Then, that they trust in the group and that if the season comes to an end, we are going to finish it all together and fighting for the objective, which is the league and the Champions League to have a joy after so many bad moments. It would be spectacular to win the league and the Champions League", he affirmed.

Luis Suárez explained why he took so long in agreeing on a salary decrease and reiterated that all the players were always willing to help the club during the break.

"There was a general uneasiness in the dressing room because things were said that are not true. It was said that the players didn't want to lower their salaries, that there were some who didn't agree... and that was annoying. The players were very willing to help the club. We didn't feel any pressure. The agreement was delayed by some numbers that have to be adjusted because it is not easy to do it with 22 or 23 players. It took a long time to find the best solutions and make it as fast as possible", he explained.

About the transfer market, the names that continue to be heard are those of Neymar and Lautaro. Luis Suárez supported the possible arrival of them both and highlighted the characteristics of the Inter player.

"Everyone knows Neymar and we know how much we appreciate him in the dressing room. He's a player who has a lot to give and he's always welcome because of the love we have for him. Lautaro is a player who has been growing a lot and has spectacular movements. It is not that one feels compatible, but that one feels happy that the club wants to sign players who come to help. The players who come to fight for a place are always going to be welcome and will always strengthen the team," he said.

Finally, Luis Suarez was asked about his renewal, as his contract ends on 30 June 2021: "I still don't know anything about my renewal, but it's the last thing I think about because now we have to think about getting ahead and then we'll talk about the future. I think of nothing else but fulfilling my contract. The time will come to sit down and talk because the relationship has always been good. 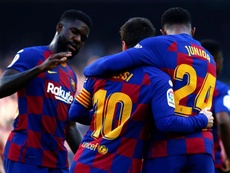 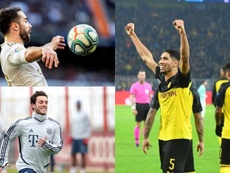 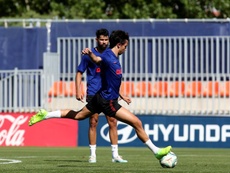 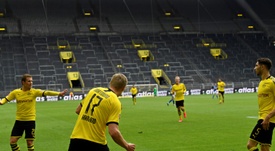