'MBS', the kingdom's de facto ruler, joins fellow Gulf royals in Qatar and the United Arab Emirates with the Newcastle deal, a fast track to soft power and greater acceptance in the West. Amnesty International immediately accused Saudi Arabia of "sportswashing" its human rights record, and the fiancee of journalist Jamal Khashoggi, who was killed inside the Saudi consulate in Istanbul in 2018, called it "heartbreaking".

Many Newcastle fans were jubilant, however, savouring the prospect of a cash injection from the world's biggest oil exporter as they await their first major title since 1969. Some donned Saudi headscarves and robes as they celebrated. Prince Salman is chairman of the Saudi Public Investment Fund, which leads the consortium that is reportedly taking an 80 percent stake in the English Premier League club.

It is just the latest big move by a resource-rich Gulf monarchy after the UAE bought English champions Manchester City and Qatar snapped up Paris Saint-Germain. Qatar will host the Middle East's first World Cup next year. Mohamed Mandour, a Paris-based journalist for the Sportsdata data service, said Saudi Arabia had a "political and economic objective" in targeting Newcastle.

"Politically, they're improving their general image, especially since they are linked to human rights violations," Mandour said. "The purchase is linked to laundering their reputation, not their money. Their money is well known, but it is their reputation that suffers in the West."  Mandour added that there could also be long-term economic benefits for Riyadh, which is pushing hard to diversify its income as the world shifts away from oil consumption.

"Perhaps the expenditures in the beginning are greater than the returns. But things are beginning to have an economic return from the money selling players and advertising income," he said, referring to the experiences of Man City and PSG.

Insiders say Prince Salman is a keen football fan and especially fond of the European Champions League. His brothers are said to support Italian giants Juventus -- whose home colours are black and white stripes, the same as Newcastle's. The northeastern club was targeted because it has a strong fanbase but has consistently underperformed, giving the Saudis the chance to reap the reputational dividend of building a winning side, a source said.

An official in Saudi Arabia's General Sports Authority, who spoke on condition of anonymity, said: "The move will change the English's perception of Saudi Arabia and will establish a new mental image of Saudi Arabia for future generations."  Saudi Arabia has already been busy buying sports assets, hosting top boxing, golf and tennis events and readying its first Formula One grand prix next month -- a strategy also pursued by its Gulf neighbours.

The Newcastle deal appears the biggest coup, however. "Just raising the Saudi flag in announcing the deal was a success," said an official close to Riyadh's sports and entertainment decision-making department.  Independent economic researcher Mahmoud Nejm said there was a "huge cultural impact of buying a club in this league in particular".

"The next step is to reshape the club so that it will be able to inject investments that will bear fruit in the medium and long term, which is what sovereign funds are doing worldwide," he claimed. "The defining moment for soft power will be the presence of a Saudi company ad on the Newcastle shirt," added Najm. 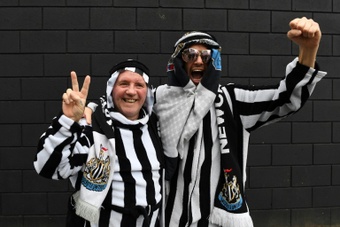 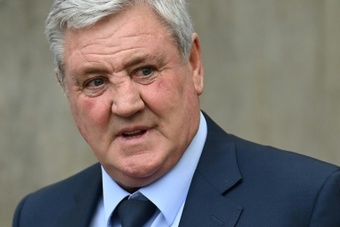 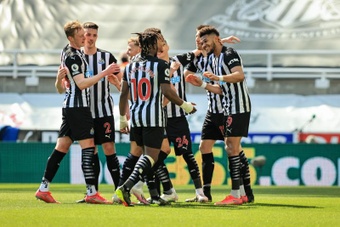 The 4 players who could leave Newcastle right away 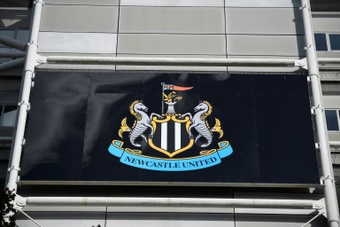