Newcastle have eye on Serie A

Newcastle, who have still yet to overturn to their put right their difficult situation in the Premier League, are still looking for signings ahead of the January transfer window, now with the backing of a new Saudi owners.

According to 'The Times', the Magpies want to get hold of two Inter Milan players in Marcelo Brozovic and Stefan de Vrij are the main targets for the English club during the Serie A squad.

Everything seems to suggest that Inter had offered the pair to Eddie Howe's men. In the case of Brozovic, his contract ends in 2022, while De Vrij's extension runs until 2023.

On the other hand, the team from St James' Park will look for a third place in Italy. This would be the case of Lazio goalkeeper Thomas Strakosha. His Lazio contract expires in June 2022 and he will be able to negotiate with other clubs in January. Newcastle boss Howe admits he must shut out the 'noise' 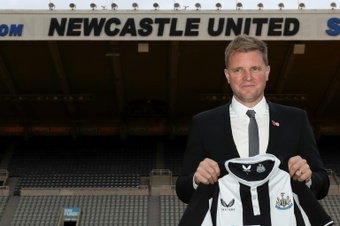 Newcastle to back Howe in January transfer window