Allegations against Villa were made on social media by an intern at the Major League Soccer team. Villa has denied the allegations, describing them as "entirely false."

"New York City Football Club has learned of the allegations made by a former intern by seeing them on social media," New York said in a statement.

"We take this matter extremely seriously and do not tolerate harassment of any kind in any areas of our organization. We immediately launched an investigation into the matter."

In comments on Twitter, the woman identified only as "Skyler B" said she was repeatedly harassed by Villa.

"I rarely went a day without him grabbing me or verbally harassing me," she wrote, saying supervisors at the club thought it was "great comedic material."

"Women brave enough to tell their stories this loudly are my heroes," she added.

Villa, 38, denied the allegations in a statement to ESPN.

"I strongly object to the accusations made about me on Twitter," Villa said. "These accusations are entirely false and I deny them. Harassment is a severe problem for many people. It dishonors those who suffer harassment for others to claim it as an excuse to make false accusations.

"As our legal team works to address these false charges, I ask the media and the public to please respect my right to the presumption of innocence in this matter."

Villa was a key member of the Spain team which won the 2010 World Cup in South Africa and a year later starred for Barcelona in their Champions League final victory over Manchester United at Wembley.

He joined New York City FC in 2015 and spent four seasons with the club, winning league Most Valuable Player honors in 2016. 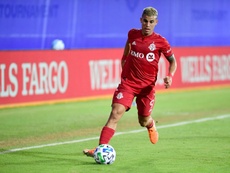 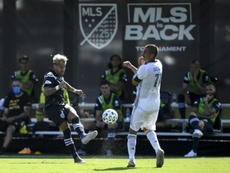 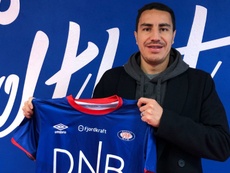 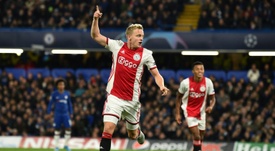