Manuel Neuer was "relieved" after Bayern Munich survived a scare against Bundesliga's bottom team Paderborn thanks to Robert Lewandowski's brace.

Lewandowski scored twice – including the 88th-minute winner – as Bayern maintained their lead atop the table with a hard-fought 3-2 victory on Friday.

Bayern twice saw a one-goal lead erased by lowly Paderborn but managed to see off the visitors in unconvincing fashion at Allianz Arena.

Reflecting on the result, which ensured Bayern will remain top of the standings ahead of RB Leipzig, goalkeeper Neuer said: "I'm really relieved!

"The three points had been our goal. It was important to keep our foot on the gas and to believe we can win the match. It was annoying that we had to toil after the second equaliser.

"We achieved it together, it was a team effort. We had to change our formation a bit due to the one-match bans, so it was clear we couldn't play as we had in the last few weeks."

German champions Bayern are on a nine-match unbeaten streak in the Bundesliga, without a loss since December 7.

"I'm satisfied with the result," Bayern head coach Hansi Flick said. "Paderborn pushed us to our limits. We tried everything after the second equaliser.

"A compliment to my team, we fought. It's part of it to put up a fight as a team after setbacks and to force victories. We switched to a back three, so it was clear not everything would work out perfectly. We allowed them hardly any chances in the first half, but we didn't finish our moves well in some situations. We addressed that at half-time.

"It wasn't an easy match, but we'd told the team beforehand. Paderborn play well, they try again and again to find positive solutions and attack with determination. At the end of the day I'm glad we've taken three points." 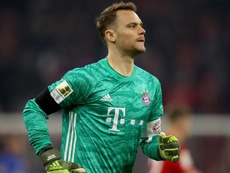 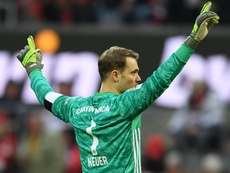 Flick: 'Best goalkeeper in the world' Neuer has edge over incoming Nubel 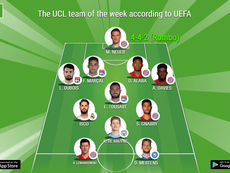 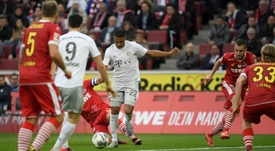 Neuer has no plans to leave Bayern once Nubel arrives