Napoli have confirmed the sacking of coach Carlo Ancelotti after a poor run of form in Serie A.

Carlo Ancelotti has been sacked by Napoli despite steering the Serie A club into the last 16 of the Champions League on Tuesday night.

Ancelotti could return to England with both Arsenal and Everton on the lookout for new managers after the sackings of Marco Silva and Unai Emery respectively. Bayern Munich are also looking for a new manager. He has already managed in England with Chelsea, winning the Premier League, FA Cup and Community Shield when he was boss in 2009-10.

Ancelotti has had a trophy-laden career winning trophies in 5 different countries as well as numerous individual awards, so he will not struggle to find another job.

Gennaro Gattuso is thought to be the favourite for the Napoli hot seat after not managing since he left Milan. 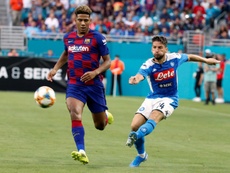 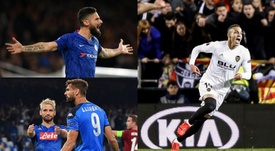