Harry Maguire was man of the match on his Manchester United debut, leaving former manager Jose Mourinho to think of what might have been.

Jose Mourinho wishes Harry Maguire had been in a Manchester United shirt during his time in charge at Old Trafford.

Maguire was named man of the match on his United debut, as Ole Gunnar Solskjaer's side rode out a sometimes-tricky opening 45 minutes to run out 4-0 winners over Chelsea.

Mourinho watched his former clubs go to work in his new role as a Sky Sports pundit and was full of praise for England international Maguire, who he reportedly courted a year ago.

"I think he fully deserved [to be] man of the match, he was as solid as a rock," he said.

"The tactical knowledge, the personality, that sense of reading the game, being alert all the time and having the confidence to play.

"He was fantastic. I think he did [give United confidence]. A team can be very dangerous in attack, but if you feel that the defensive mistake is around the corner, it takes away the confidence and you do not play as well as you can.

"When you feel there is something that allows you to play you are much more confident to do it.

Proud to make my debut and great to get three points at Old Trafford, the atmosphere was class

Asked whether Maguire was the player he had been looking for before his Old Trafford reign crumbled, Mourinho chuckled and replied: "He arrived one year later!"

Mourinho reflected on Rashford's haul of 10 goals from 2018-19 and what he must do to help fill the void left by Romelu Lukaku's departure to Inter.

"That [10 goals] is not enough, he has to score more goals. Especially without Lukaku on the team," Mourinho said.

"He will be on the pitch all the time and I believe he has the qualities to be better and better.

"I believe this season he has a big opportunity to be a better player and score more goals."

Mourinho added: "Against a team like Chelsea today he is very dangerous. Against teams with lower blocks, more physical, more pressure on the ball and less possibilities for transition, I feel it is more difficult." 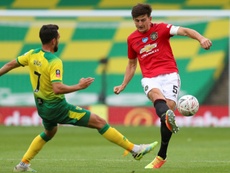 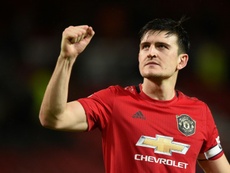 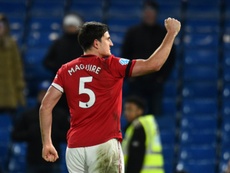 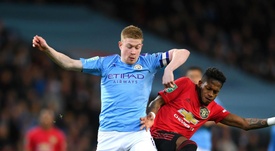