Mothiba all smiles at Strasbourg ahead of PSG test

In-form South Africa striker Lebo Mothiba has a smile back on his face following his traumatic transfer to Strasbourg as he looks to continue his recent sparkling form against Paris Saint-Germain on Wednesday.

Mothiba, 22, broke down in tears when he left Lille at the end of August, but has responded by scoring six Ligue 1 goals in 12 appearances at his new club, each of them key in either a win or a draw as Strasbourg occupy a respectable eighth place.

"Lille was my first home in Europe and I learned a lot there. It was difficult to leave but football is like that so I accepted it," Mothiba told 'AFP'.

"I grew up with a lot of poverty around me ... so I have the mentality of giving everything to succeed."

Strasbourg were the first team to beat PSG in any competition last season, and with Mothiba in fine fettle and the runaway Ligue 1 leaders without Neymar, the eastern France side are aiming for another upset.

They snapped Mothiba up for four million euros ($4.5 million) after Lille were forced to trim their playing staff by French football's finance authority due to problems with the club's budget.

Mothiba had been in Lille since arriving in France from his home-town of Johannesburg in 2014 save for a year-long loan at Valenciennes, his move coming after he had saved Lille from relegation with a brace on the penultimate day of last season.

Even more impressive is the rate at which he has scored: his six goals have come from just 11 shots, seven of which have been on target.

"We have to be honest, we took advantage of the situation (at Lille). It's wasn't exactly free but it was still a great opportunity for us," Strasbourg coach Thierry Laurey told 'AFP'.

"It's a good asset for the club. He's smart, calm in front of goal ... he works for the collective and doesn't try to go it alone in order to make himself look good.

"He's also a charming guy and super positive to listen to; if you met a woman like him you'd have to marry them!"

Mothiba's form has also carried over to the national team, for whom he's scored four goals since making his full debut in a friendly against Angola in March.

His fast international start has led him to being earmarked as someone who could break Benni McCarthy's long-standing record of 31 goals for South Africa.

"When I selected him for the first time I did not know whether to select him or adopt him," said South Africa coach Stuart Baxter.

"He's a sociable person, always positive and in South Africa we do not have anyone of his profile. He is a natural striker and we hope he will have a long international career." 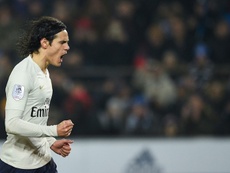 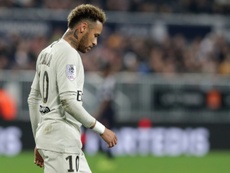 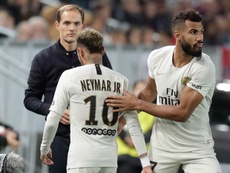 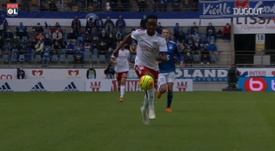