"It's a difficult one because rugby is so popular in New Zealand and everyone follows that, but for the youth, women's football is the biggest sport," Nayler tells AFP. "I think over the next few years it will grow and I think with this World Cup, hopefully it will get some more exposure and continue to grow and maybe be one of the biggest sports in New Zealand."

Nayler was speaking in Bordeaux, at the French club she joined in 2017 after previously being on the books at Lyon, Europe's dominant side. This, then, is a home World Cup for the 27 year-old, who did not take to the field for the Ferns in 2011 in Germany but played every minute for her country in Canada four years ago.

Established as her country's number one, she believes the standard of the French league has helped her progress as a player. Bordeaux finished fourth in the just-completed season, albeit a long way behind champions Lyon and Paris Saint-Germain in second.

"The league is very competitive, every team is strong," she says. "I think as a goalkeeper playing against some of the best players in the world at Lyon and PSG is very important for my development and for my preparation for the World Cup."

What of this World Cup? New Zealand are in a tough Group E along with European champions the Netherlands, Canada and Cameroon. They kick off their campaign against the Dutch in the northern port city of Le Havre on Tuesday, and Nayler hopes the Ferns can make a bigger impression than four years ago, when they finished bottom of their group without winning a game.

On that occasion they started off with a 1-0 defeat against the Dutch, but this time Nayler says the team are aiming for the knockout stage.

"We played the Netherlands at the last World Cup as well, so we know them quite well, they are a very strong team, they have a lot of strong players. "At the last World Cup we narrowly lost to them by one goal, but I think if we play well we can get a result against them. We just have to show up and perform well on the day."

The team have never made it beyond the group stage at a World Cup, but a 1-0 friendly win away to one of the pre-tournament favourites, England, just before they set off for France hinted at their capabilities. The Scot, Tom Sermanni -- formerly coach of Orlando Pride -- took over as coach late last year and led the team to victory at the OFC Nations Cup.

"We have had a difficult build-up, we have changed coach three times in the last two years, so it's been a little bit of a rough ride," Nayler admitted. "Getting out of the group would be the goal."

Nayler, a former molecular biology student, is also confident that the month-long tournament can be a turning point for the women's game as a whole. "I think it will be really interesting, I think women's football has grown a lot over the last four years since the last World Cup and I think, being in Europe as well, there will be a lot of support and I think a lot of the French will be behind it," she says. 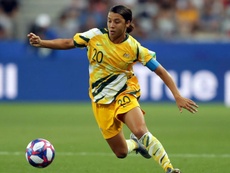 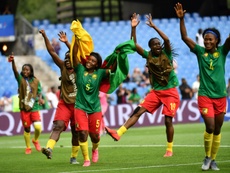 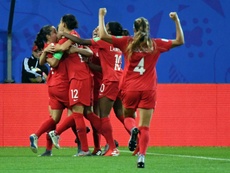 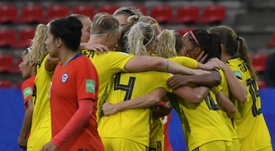