Morata: Atletico Madrid are growing as a team and results will come

Atletico Madrid have endured an uneven first half of the 2019-20 season but Alvaro Morata feels the win over Osasuna showed the positives.

Alvaro Morata believes Atletico Madrid are moving in the right direction after they returned to winning ways in LaLiga with a 2-0 triumph over Osasuna.

However, Morata powered home a 67th-minute Kieran Trippier free-kick – ending a six-game goal drought for club and country – before Saul Niguez made the points safe.

"It's our last game of the year here. It was important to win it," Morata said on the Wanda Metropolitano pitch afterwards, before talking up Atleti's recent performance.

"We had a lot of chances - not just me, the whole team. I think we're growing as a team.

"We came out well against Barcelona and Juventus and Villarreal and we've got to continue that way. We're playing well.

"Every team needs to win. We're in a good dynamic, we’ve got a lot of desire and, as I say, we're growing as a team. The results will come."

As Diego Costa remains on the sidelines with a neck injury, Atletico have been linked to a host of strikers ahead of the January transfer window.

Even if the likes of Edinson Cavani, Timo Werner and Olivier Giroud are under consideration, Morata insists that is none of his concern.

"No, I don't care," he replied. "We're a great team and great dressing room and that's the important thing." 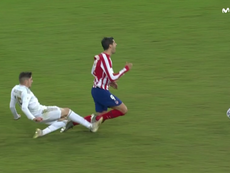 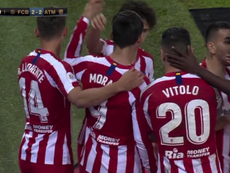 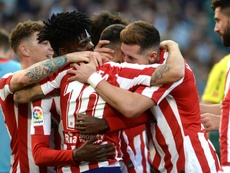 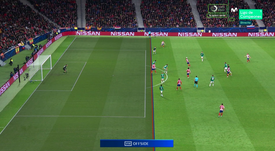 Morata makes history thanks to VAR