"We are a club in Serie C that already thinks with a Serie A mind."

Monza are no ordinary third-tier team in Italy. They are owned by former Prime Minister and Milan president Silvio Berlusconi, who returned to football in 2018 after selling his beloved Rossoneri a year earlier.

Now, Monza are dreaming big – aiming to be in Serie A in 2021. The Bagai were on track for promotion to the second division prior to the coronavirus pandemic, comfortably top of Serie C by 16 points through 27 games.

While COVID-19 has halted Monza's quest, their aspirations remain the same, despite the disruption.

"It is undoubtedly true that we are experiencing a very challenging situation," Sporting director Filippo Antonelli told Stats Perform. "We are in constant contact with the players and the staff regularly send personalised workouts. To date we have done something extraordinary, and the players remain really focused and highly motivated to achieve the Serie B objective.

"Monza's ownership is deeply solid and we enjoy a widespread network of relations and contacts developed over the many winning years, which makes it easier for the club to carry on their plans, even in difficult times, such as the one we are currently living.

"Such a situation was unpredictable, however safety comes first. With patience, once all of this will be over, we will start again with greater enthusiasm. Monza aims to be playing in Serie A. An exciting opportunity for all of us that we live with a lot of passion and commitment to make the most and best we can, day after day."

There is a Milan feel about Monza. After purchasing the club through his Fininvest company, Berlusconi turned to his trusted right-hand man Adriano Galliani – who was born in Monza – as CEO. Their partnership helped turn the Rossoneri into a superpower, with eight Serie A titles and five Champions League/European Cup crowns among the 29 pieces of silverware between 1986 and 2017.

"When Berlusconi became the owner of the club, there was an immediate change of pace in the interest towards Monza, both from the media and the general public," Antonelli said. "The impact of such a high standing ownership on the club and the fans was indeed remarkable and significant: the sports centre has been renovated [redevelopment of turf pitches, synthetic pitches, gym, locker rooms and offices], the facilities have been secured, the Stadio Brianteo has been redeveloped through countless interventions [lighting, central grandstand, sky box], not to mention the improvements on the transfer market with the strengthening of the squad.

"I believe that all of this is what makes the difference, besides, of course, the winning mentality that Silvio Berlusconi has imprinted on the club, the team and the staff in the meetings that we were lucky enough to have with him… as for our CEO [Galliani], he often tells us that he 'belonged' to Monza for 10 years, he then was 'borrowed' to Milan for 31 years and now he's back at Monza."

Berlusconi's presence has changed the landscape for Monza, who tried to sign Zlatan Ibrahimovic before the star striker opted to move 15 kilometres away to Milan – the capital of Lombardy. However, Monza continue to be linked with the 38-year-old as he faces an uncertain future at San Siro.

"Ibrahimovic is a champion, our ownership has always hired champion players," added Antonelli, who has no trouble bringing new players to Monza under Berlusconi's ownership.

"If compared to how the situation was before, now a phone call is enough to immediately make a negotiation possible, today everyone would like to receive a call from Monza: at this time it is much easier for me to convince players to come to Monza."

For Antonelli, Monza means more than most. The 41-year-old emerged from the club's youth system in 1997 before eventually returning in 2015 once his playing days were over, witnessing Monza's relegation and two seasons in Serie D.

"I am very fond of these colours," Antonelli continued.  Monza are a club with fans who have ideals. The more time passes, the more I understand this reality and I feel increasingly involved in this project." 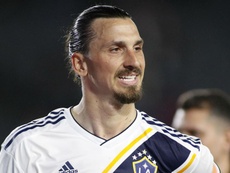 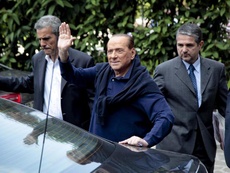 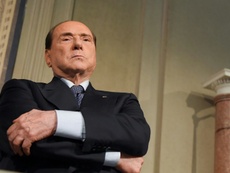 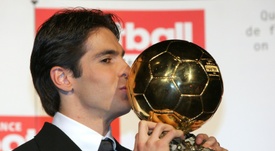