French midfielder Damien Le Tallec said in an interview published on Thursday he hopes to become a Russian citizen in time to play for the country in next year's Euros.

"A few months ago, I started the procedure to receive the Russian passport," the 29-year-old Montpellier player told Russian newspaper Izvestia. "It should be ready in a few months," the former France under-20 playmaker said.

One of the stops in a wandering career was Saransk in Russia, where he spent a season and a half. He is married to a Russian woman, they own a house in Moscow and their son has dual French-Russian nationality. He said he was a big fan of Russia and the Russians and also of the manager of the national team Stanislav Cherchesov.

"I love Russia, its culture, the mentality of the people. If the coach needs me, once I've received my passport, I'll answer the call. It would be a great honour for me to represent Russia," Le Tallec told Isvestia. "When I receive the passport, I really hope the coach will start following me."

Russia announced on Thursday it was appealing a global doping ban that could bar its football team from the World Cup. Damien Le Tallec is the younger brother of former Liverpool player Anthony Le Tallec. 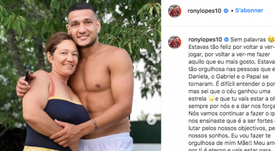