Kendall Waston wrote his name into FC Cincinnati history as Major League Soccer’s newest franchise recorded their first victory in a 3-0 triumph against Portland Timbers. Club captain Watson netted the first MLS goal in Cincinnati after 15 minutes to give the Orange and Blue a perfect start in front of 32,250 fans at Nippert Stadium.

Allan Cruz and Mathieu Deplagne extended the lead in the second half to get the Ohio-based side up and running in Week 3, while Larrys Mabiala was sent off for the Timbers. Veteran United States international Jozy Altidore made a dream return from injury to net a later winner as Toronto FC edged out New England Revolution 3-2 at BMO Field.

Carles Gil had given the Revs a ninth-minute lead before Ayo Akinola and Jordan Hamilton flipped the game on its head at 2-1 before half-time. Former Spain Under-21 international Gil levelled the scores up after the break but Altidore came off the bench to score a decisive strike for the Reds on 80 minutes, several months after being sidelined with an ankle injury.

Alexander Ring restored the Blues lead on 62 minutes before Vela made sure he had the final word from the penalty spot on 76 minutes to earn a share of the spoils.

Johnny Russell saved the day for Sporting KC when he scored in the 88th minute to deny Colorado Rapids a victory. Diego Rubio had opened the scoring on 54 minutes in the 1-1 draw at Dick's Sporting Goods Park.

The points were also shared at Mercedes-Benz Stadium, as defending MLS Cup champions Atlanta United were held by Philadelphia Union. Brenden Aaronson’s 47th-minute strike had set the visitors up for an upset victory, until Ezequiel Barco levelled the game at 1-1 on 70 minutes. 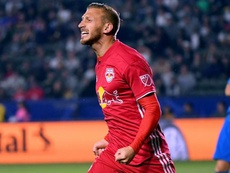 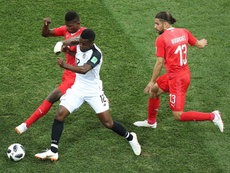 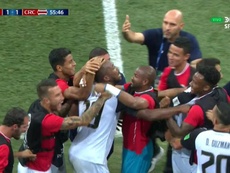 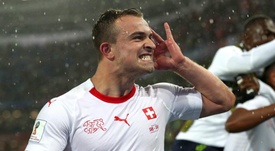