Montpellier are sixth in the French top division but failed to find the net over 120 minutes, and missed two spot-kicks in an emotional shootout.

A red card for Montpellier 'keeper Geronimo Rulli for making a save well outside the box left substitute stopper Dimitry Bertaud to carry the can for the defeat.

At the Raymond Kopa stadium Brittany side Rennes were 3-1 ahead going into the final half an hour against regional rivals Angers, who struck twice in the last five minutes through Sada Thioub and Stephane Bahoken to take the match into extra time.

But the side who beat Paris Saint-Germain on penalties at the Stade de France in last year's final emerged winners when Jeremy Gelin fired home a 25-yard volley to make in 5-4. 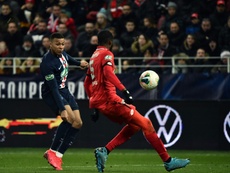 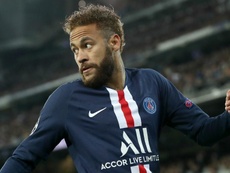 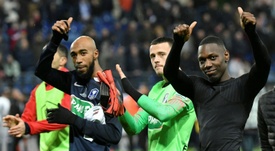