Former European player of the year Michael Owen says he owes his success to his father, who insisted he was given steak for dinner as a child while his four siblings made do with baked beans on toast.

The 39-year-old former Liverpool and England striker told The Times he even climbed into the boxing ring because his father Terry said he needed to "toughen up".

Despite this Owen, who won both his bouts, tweeted on Wednesday on his father's 70th birthday he was "the kindest man I ever met".

"I was the only one allowed a steak on a Tuesday," said Owen.

"My dad said, 'You're all having beans on toast, Michael's got to have steak because we need to build him up for when he's going to be a footballer.'

"I did feel special, definitely. He was planting the seed constantly."

Owen says Terry, who was also a professional footballer with lower league clubs including Chester with whom he reached the League Cup semi-finals -- struggled to adjust to life after football so devoted as much of his time as possible to his son.

"He got jobs that would be perfect so he could come and watch me, even in a PE session, a poxy cross-country training run, or playing rugby," said Owen.

"My dad would be on the other side of the bush watching me. Unbelievable".

"If he wasn't there I'd still push through the pain barrier, because of my inner will to win, but, Jeez, my dad being there, I can't have him see me coming second".

"I'd prefer to die than my dad to think I'm second best."

Owen, who won the Ballon D'Or after Liverpool won the UEFA Cup, FA Cup and League Cup in the 2000/01 campaign, admitted he hated boxing but he did not want to deny his father.

"When my dad said, 'You're going boxing, because you need to toughen up' do you think I liked getting punched in the face?," said Owen, who is now a successful thoroughbred racehorse breeder.

"It was the most scary thing in the world, knowing I was going to fight. But I knew I was making dad proud."

Owen, who burst onto the international scene when he scored a solo goal in the 1998 World Cup finals against Argentina, said his son James will never grace a football pitch.

"My son's got an eye condition," says Owen, whose eldest daughter Gemma represents Britain at equestrianism.

"I've never said this. I don't want a big headline".

"Clinically, he's blind. He's got Stargardt disease, a degeneration of his retina".

"I used to go and watch him and bollock him about his positioning".

"He can't see the ball until it's five yards away".

"As much as every father wants their son to play, it is almost a relief to me." 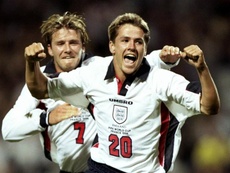 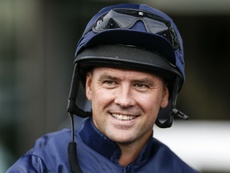 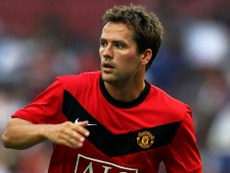 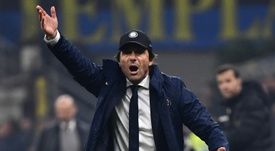