The Barcelona captain went to the training complex to continue with his recovery from his ankle problems. He went to train despite coach Quique Setien giving him the day off. Messi wants to be in perfect shape for the match with Bayern.

Barcelona had to beat Napoli (or draw 0-0) to reduce the tension at the club after missing out on the La Liga title. Leo Messi's comments had an effect on the team who defeated the Italians despite not being impressive.

Barcelona struggled especially in the second half and Leo Messi picked up a knock. The Argentian star's ankle ended up being inflamed after a challenge by Koulibaly which led to Luis Suarez scoring the penalty. That made it 3-0.

Last Sunday he still was not right and this Monday, 'Marca' reports that he went to the Joan Gamper training complex to continue with his recovery. He was the only player who went.

The coaching staff gave the players a day off before the start of another key work. This Tuesday they will return to training. They will train again on Wednesday before travelling to Lisbon on Thursday. The flight is due to leave at 10.15am.

The Argentinian captain was working with the medical staff for an hour and a half doing exercises on his injured ankle. There is nothing to worry about though as he will be fit for the match against Bayern Munich.

The striker once again showed his commitment and how keen he is to turn the season around and give fans something to shout about after missing out on La Liga. Messi knows the team must be at their best against Bayern on Friday if they want to go through. 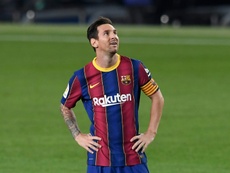 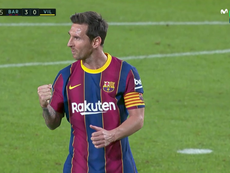 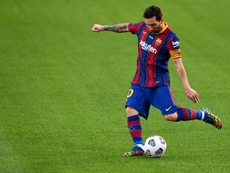 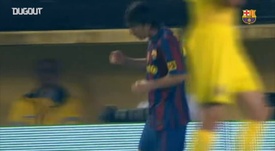