Langhoff and his teammates were staying just across from the apartment block that Palestinian gunmen stormed into on September 5th, 1972, taking the Israeli team hostage. As the day wore on, he witnessed helplessly the terrifying scenes unfolding from his balcony - from gunmen dropping the lifeless body of an Israeli coach on the street to the tense negotiations carried out between the hostage-takers and the West German police.

"It was like part of a war," said Langhoff, who had seen corpses of German soldiers lying in hastily dug graves as a six-year-old. These memories of the war came back" when he saw the hostage takers carrying out the body of Israeli wrestling coach Moshe Weinberg and leaving it on the street, he told 'AFP'.

The shock had been doubly hard to bear as the Games had started off so well, said Langhoff, who still cuts an imposing figure at the age of 82. Langhoff had counted among the few East German citizens who were permitted to head abroad for the first time and had arrived in Munich "with great expectations".

The first week at the Olympics was "so excellent, so joyful," Langhoff recounted. But that ended abruptly when the team's secretary general woke him up at 5:30 am.

"He came to me in the room and said 'Klaus, inform all the other players. Over there at the Israelis' lodgings, there's been a shooting and a terror attack'," said Langhoff.

The East Germans were initially told to stay well away from the windows and to remain inside. But it soon became clear that they were not the target, so Langhoff began looking out and going on the balcony where he took photographs of the terror.

Pointing to one of the photographs, Langhoff said he saw a member of the Palestinian militant group Black September patrolling the roof "with a Kalashnikov ready to fire". Below, guarding the front door "was always someone, probably the head of this terrorist group, who always had a hand grenade in his hand."

During a scuffle, coach Weinberg was shot and killed. His body lay on the street "for a long time until they took him away," said Langhoff.

"It was awful. Whenever we looked out of the window or on the balcony, we saw this dead athlete there." Weightlifter Yossef Romano was also shot dead, while another nine Israelis were taken hostage.

But West German police's bungled rescue operation ended with all nine hostages killed, along with five of the eight hostage-takers and a police officer.

With the Games suspended for the first time in Olympic history, the team prepared for a complete cancellation. However, they were halted for only 34 hours, with then-IOC President Avery Brundage declaring "the Games must go on".

Langhoff said it was "doubly difficult" for his side to focus on their sporting objectives after the attacks.

The team lost against the Soviet Union and ultimately finished fourth. Despite the harrowing experience, the team found little understanding from the East German public upon returning home.

"Only medals counted," he recalled. "For us in the GDR (East Germany), finishing fourth was a shock to the system. I mean, there wasn't a prison camp, but only places one to three were financially rewarded." The East German government, allied with the PLO and hostile to Israel, officially called the hostage-taking a "tragedy", while there was hardly any mention of the atrocity in the media.

The Communist authorities "completely ignored this attack and didn't include us in any evaluations or anything else (they) were only concerned with being successful in the competition," Langhoff said. 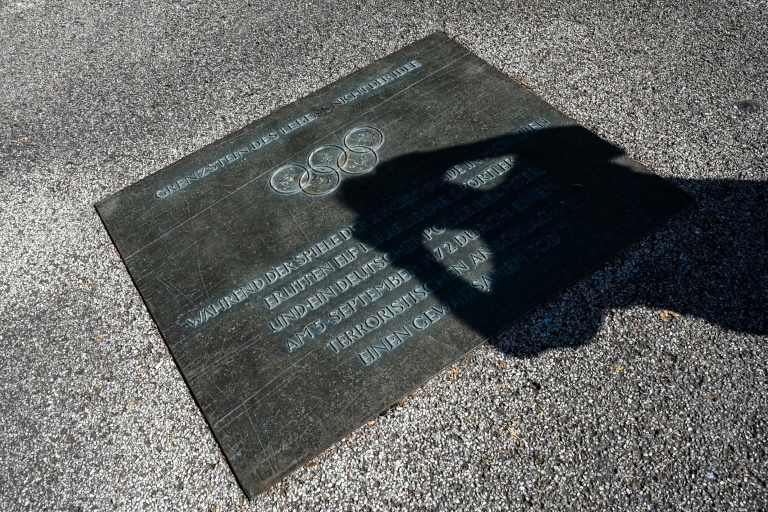 But the West German government was also criticised for failing to acknowledge responsibility for the disaster. In 2012, Israel released 45 official documents on the killings, including specially declassified material, which lambasted the performance of the German security services.

Included in the reports is an official account from the former Israeli intelligence head Zvi Zamir who said the German police "didn't make even a minimal effort to save human lives". Relatives of victims have over the years battled to obtain an official apology from Germany, access to official documents and appropriate compensation beyond the 4.5 million euros provided in 2002.

Only on Wednesday, 50 years after the atrocity, did Germany reach a compensation deal of 28 million euros with relatives. Germany's official in charge of fighting anti-Semitism, Felix Klein, also said it "time for an apology", adding that he believed German President Frank-Walter Steinmeier "will find the right words" at the 50th anniversary commemoration event on Monday.

"In retrospect, there were great omissions in the process of reckoning with the terror," Langhoff said. "I don't even want to get started with the financial aspect. But even morally there are many things that are just incomprehensible."