On 21st May 2008, Manchester United won their 3rd European Cup by defeating fellow English side Chelsea 6-5 on penalties after a 1-1 draw. 14 players played that day, so what are they doing now?

United's goalkeeper that day was Edwin Van der Saar. He proved decisive as he saved Anelka's penalty to win the famous trophy. He has since then retired and is now the Chief Executive of Ajax.

Another player that played that day. After his time at United, he had spells at Sunderland, Blackburn and Kerala Blasters in India. He has now retired. He is back at United and is a pundit for MUTV.

A Man United great. He was the captain that night and left United to move to QPR in 2014. He officially retired in 2015. He is now a pundit for BT Sports.

The other CB that night left United to sign for Inter. His partnership with Ferdinand is regarded as one of the best in the club's history. He was touted to become Manchester United u23s boss but that didn't come to fruition.

Regarded as one of the best LBs in his time, Evra last played for West Ham in 2018 and officially retired in the summer of 2019. He now appears on Sky Sports.

Perhaps not one of the famous names from the Champions League win, his career was blighted by injury. He last played for Manchester City in 2012 and is currently a pundit for BT Sports.

Paul Scholes is a Manchester United legend. After his retirement in 2011, he signed for the club again in 2012. In 2019 he tried his luck as a manager of Oldham but resigned 31 days later.

Carrick remained at the club until he retired in 2018 and is currently a first-team coach at the Red Devils.

The most well-known player on the list and the scorer on the night. After United, Ronaldo had a hugely successful spell at Real Madrid before moving to Juventus. He is still one of the best players in the world and looks like he will remain so for the next few years.

Another United legend. Rooney plays in England again after signing for Derby County in the Championship. He has had spells with Everton and D.C United in the USA.

Another player that had a successful time in England. After United, he had spells at Man City, Juventus, Boca Juniors and Shanghai Shenhua. In 2018 he moved back to his homeland for his 3rd spell at Boca Juniors.

Anderson came on as a sub in added time of extra time and scored a penalty in the shootout. He last played for Adana Demirspor and announced his retirement in September 2019.

Nani still was a sub in the final and still plays football after spending time at Fenerbahce, Valencia, Lazio, and Sporting Lisbon after leaving United. In February 2019 he signed for Orlando City in the MLS where he still plays to this day. 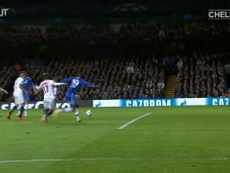 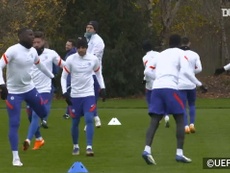 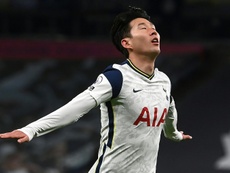 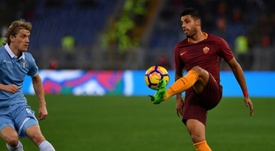 Giroud prepared for January decision amid 'worrying' situation at Chelsea

VIDEO: Mount: We need the winning mentality of Chelsea's past teams