Man Utd back on track but grumpy Ronaldo mars win

BeSoccer 3 months ago 16k
Man Utd back on track but grumpy Ronaldo mars win. AFP
Manchester United got back on track with a 3-1 win at Brentford on Wednesday, but Cristiano Ronaldo's petulant reaction to his substitution cast a shadow over their first victory in three Premier League games.
End
Matchday 17
Brentford

Ralf Rangnick's side were indebted to David de Gea for a superb first-half display that kept Brentford at bay before United finally sprang to life in west London.

Anthony Elanga put United in front early in the second half before Mason Greenwood and Marcus Rashford wrapped up the points.

United are the first club to record 300 Premier League away victories despite Brentford's late reply from Ivan Toney.

They sit seventh in the table, two points adrift of the top four as they chase qualification for next season's Champions League.

But it was Ronaldo's grumpy response to Rangnick's decision to haul him off in the 71st minute that could prove the evening's lasting image.

Shaking his head and muttering to himself, Ronaldo appeared to say something to Rangnick as he brushed past him.

Angrily throwing his coat to the floor, Ronaldo pointed at his chest while his team-mates on the bench nervously looked away.

Rangnick initially ignored Ronaldo before sitting next to him and patting the Portugal forward on the leg as he attempted to placate him.

The 36-year-old's strop will raise fresh questions about his willingness to fit into Rangnick's system after his latest underwhelming display.

United at least avoided another embarrassing result after losing at home to Wolves and letting a two-goal lead slip in a draw at Aston Villa in their previous two league games.

Ronaldo, back after missing two matches with a hip problem, was nearly gifted an early goal when debutant keeper Jonas Lossl dropped a cross at the forward's feet, but the Bees were able to scramble clear.

Despite that scare, Brentford were hardly cowed by United after beating Arsenal and drawing with Liverpool at home earlier this season.

Originally scheduled for December before a coronavirus postponement, Brentford had been made to wait for their first league meeting with United since 1947 and they played as though determined to make up for lost time.

Brentford were well on top and Mads Bech Sorensen saw his strike deflected into the side-netting off Bruno Fernandes.

Toney tore through United's defence, setting up Mathias Jensen for a shot that was well saved by De Gea.

United could not have been any worse in the opening period, yet they played with far more urgency after the interval.

Ronaldo nearly gave them the lead when he met Fernandes' cross with a looping header onto the bar.

It was a warning Brentford failed to heed and, after Toney headed straight at De Gea, Swedish teenager Elanga made the hosts pay for their profligacy in the 55th minute.

Fred clipped a pass into the Brentford area and Elanga knocked the ball up in the air before heading past Lossl from close range.

With Brentford appealing in vain for offside, Fernandes surged onto Ronaldo's chest down and slipped a pass to Greenwood, who slotted into the empty net for his first goal in seven games.

After Ronaldo's temper tantrum, it must have been a relief to Rangnick that Rashford, on as a substitute, notched United's third goal with a fine finish from Fernandes' pass in the 77th minute.

Toney scored from close range on 85 minutes but it far too late for Brentford. 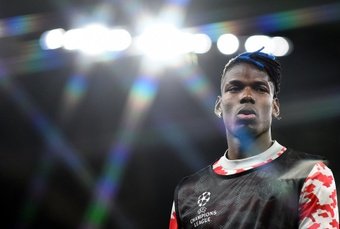 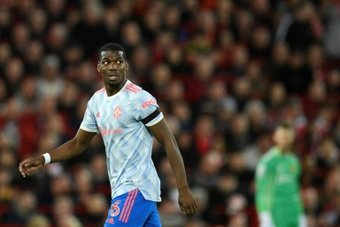 Juventus to ask Pogba to lower his salarial demands 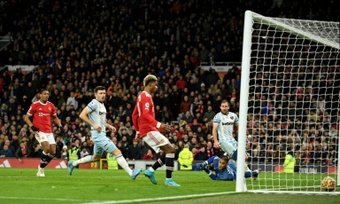 Barça back for Marcus Rashford 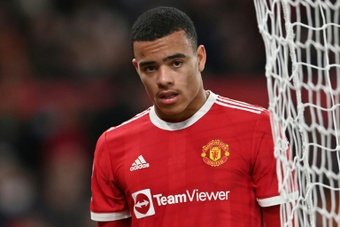 Manchester Utd's Greenwood to remain on bail over rape allegations 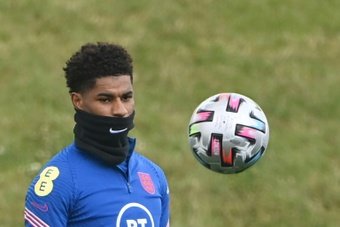 Barcelona are keeping a close eye on Marcus Rashford 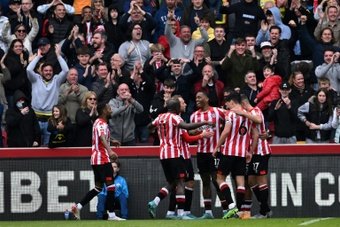 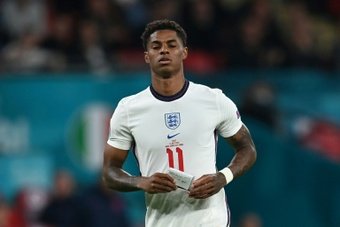 Teenager jailed for racist abuse of Rashford after Euro 2020 final 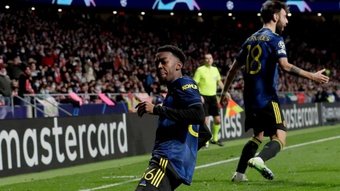