Man City wonderkid does it again

His name is Manu Garcia, and he's been in City's academy since 2013. This year he's playing on loan for NAC Breda, and Pep Guardiola must be licking his lips at the talent that will be coming back to him in the summer.

Last season, it appeared that Garcia's career wasn't going to be anything special. City sent him out on loan to Alaves, but the Basque side left him on the bench, playing only one game - in the cup against Nastic.

But neither City nor the player gave up there, and this season they negotiated another loan. With the Dutch club, Garcia has gone from strength to strength.

Game by game he has grown and he's now impressing every week with goals such as this one against Heracles.

You have to have class and confidence at the same time to take the ball from midfield into the opposition's box and slalom through the defence as if they weren't there. His team mates' reactions tell you everything.

His team mate Angelino, a product of the Deportivo academy also on loan to NAC from City, wasn't far behind. His assist for the first goal was like watching the 'jogo bonito' from Brazilian players like Ronaldinho. 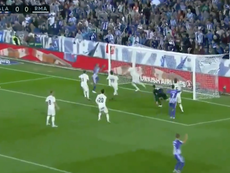 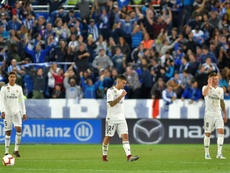 Unconvincing Madrid stunned as Alavés strike at the death 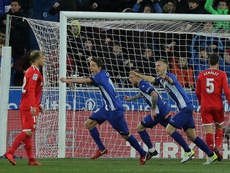 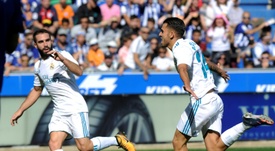 Ceballos at the double as Real get back on track