Man City's Laporte taken off on a stretcher against Brighton

After being called up to the France squad this week, Manchester City defender Aymeric Laporte sustained a serious looking knee injury.

Aymeric Laporte had to be taken off on a stretcher with a suspected knee injury sustained in the first half of Manchester City's game against Brighton and Hove Albion on Saturday.

The centre-back went down in discomfort following a collision with Adam Webster and required treatment on his right knee before being carried from the pitch.

Laporte came off worse after stepping across his fellow centre-back's path around 10 minutes before the interval.

Insult was added to injury as referee Jonathan Moss showed Laporte a yellow card for impeding the marauding Webster's progress.

Pep Guardiola was forced to send Fernandinho into the heart of defence and he could have some sleepless nights over the international break as the Premier League champions await news on the extent of the damage.

Any time spent on the sidelines will be a cruel blow to Laporte, who won a long-awaited call-up to the France squad this week, while City are already without England centre-back John Stones after losing Vincent Kompany at the end of his contract.

City, who led Brighton 2-0 at the break, will hope Laporte is not out for a long period as their Champions League campaign commences away to Shakhtar Donetsk on September 18, four days after a Premier League trip to Norwich City.

Guardiola described Laporte as the best left-sided defender in Europe this week, telling reporters: "I'm incredibly grateful to [France coach] Didier Deschamps and so happy for [Laporte] because he deserves it." 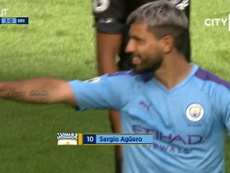 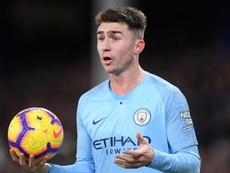 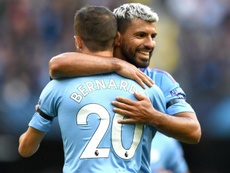 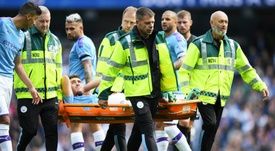