BeSoccer 2 months ago 3k
Malcolm left Vallejo behind to score gold-winning goal. Captura/TVE
Malcom scored in the 109th minute against Spain to put Brazil 2-1 up in the final of the men's football at the Tokyo Olympics. The ex-Barca player left Jesus Vallejo in the dust to finish past Unai Simon from the angle, as Brazil went on to win the match by that scoreline.
End
Full time
Brasil Sub 23

Brazil won Olympic gold in men's football for the second time in their history thanks to changes from the bench. Malcolm's introduction gave the 'Canarinha' more pace and made them a lot more threatening on the counter.

And that's exactly how Brazil put themselves in front against Spain. With 'La Roja' focused on trying to make it 1-2, the Brazilians were able to find the gaps which eventually left Malcom in a foot race with Vallejo.

The forward was much quicker than the defender who, despite giving it his all, was unable to match the pace of the Brazilian. From that point, Malcolm overcome Vallejo with ease to put himself one-on-one with Unai Simon in the Spain goal.

The ex-Barca man came from the angle and finished cooly to score, despite Simon getting a touch on the ball. He made it 2-1 to put his side back ahead, which is how the match finished as Brazil went on to be crowned with the gold medal. 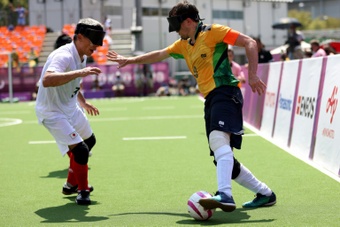 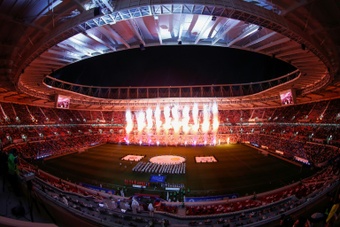 After the Olympics, the focus is on the Qatar 2022 World Cup