Malaysia had the better of the match at Bukit Jalil National Stadium but they were unable to turn their possession into goals with Safawi Rasid, Mohamadou Sumareh, and Norshahrul Idlan Talaha missing good openings for the hosts.

Five-time champions Thailand defended resolutely throughout and they will look to advance to the final for a fourth consecutive time when they host the return leg at the Rajamangala Stadium in Bangkok next Wednesday.

Roared on by a crowd of more than 87,000, Malaysia began the game strongly and could have taken the lead after five minutes when Safawi fired wide from a good position.

Sumareh was a lively figure for the hosts but he squandered their best opportunity in the 26th minute when he was found unmarked in the box by Zaquan Adha with only goalkeeper Chatchai Budprom to beat, but shot wastefully wide.

The Thais were content to sit back and play on the counter -- but they could have broken the deadlock when Supachai Jaided chipped the ball over the Malaysia defence for Nurul Sriyankem, who saw his effort deflected wide.

Adisak Kraisorn, the tournament's leading scorer with eight goals, had a quiet night for Thailand while Norshahrul -- who netted four of Malaysia's seven goals during the group stage -- missed an excellent opening midway through the second half when he shot over from the right of the Thai box.

Safawi had one final opportunity for Malaysia in stoppage time but the winger's wayward effort from the edge of the box summed up his side's frustrating evening. 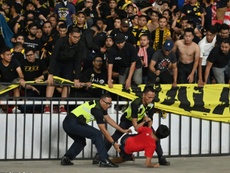 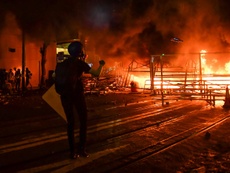 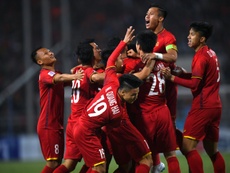 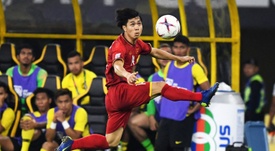