BeSoccer 1 year ago 6.8k
James has four offers on the table. EFE
According to 'El Chiringuito', there are four teams that have made an offer for James Rodríguez: Inter Milan, Milan, Manchester United, and Benfica.

James' future continues to distance itself from the Santiago Bernabéu. The Colombian, who isn't in Zidane's plans, is looking for an exit and knows that half of Europe are keeping an eye on him.

In fact, the journalist Álex Silvestre revealed on 'El Chiringuito' the offers from four clubs that the player has at the moment.

Inter Milan, Milan, United, and Benfica are the teams that have shown a big interest in the player, although the Colombian isn't forgetting Atlético.

Let's remember that Atlético already tried to get him last summer, but their rout in the friendly in New York changed everything.

In addition, the aforementioned source states that the team that would have it more complicated because of financial issues would be Benfica, as James has quite a high net salary: around 8 million euros.

Madrid wouldn't put any impediment to his exit and would be willing to let him leave for 15 million euros, a rather derisory amount if we compare it with the 80 million euros that they paid at the time for him.

Faced with such a situation, the Colombian received a recommendation. Jorge Luis Pinto, UAE manager and compatriot, told him to leave Los Blancos. 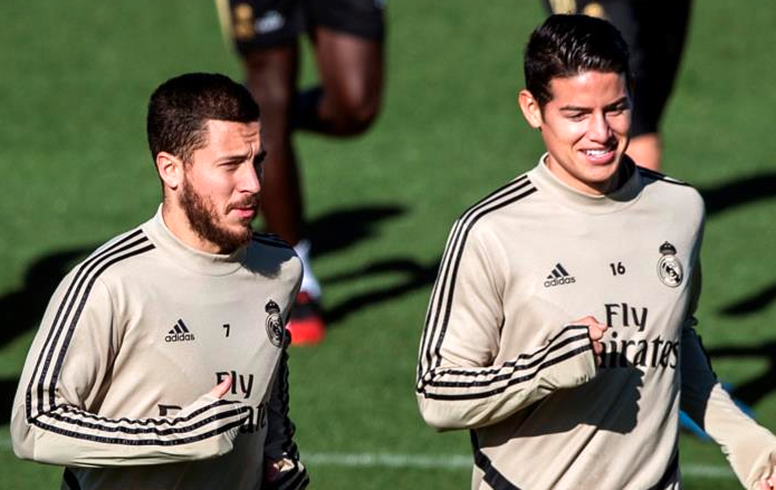 Colombian media believe James is on his way back to Madrid

James and Richarlison looking to leave Everton because of Ancelotti

Everton have their say on James fitness row