Sergio Ramos scored a goal and conceded a penalty as Real Madrid battled past Alaves on Saturday to go top of La Liga before Sunday's game between Barcelona and Atletico Madrid.

Barca and Atletico face off at the Wanda Metropolitano and Madrid did all they could to take advantage, with Dani Carvajal the unlikely matchwinner in a gritty 2-1 victory over Alaves.

Ramos had headed Madrid in front shortly after half-time only to concede a needless penalty for throwing his arm across Joselu, which Lucas Perez converted before Carvajal poked in.

Madrid pull three points clear of Barcelona and six ahead of Atletico, who have played a game more than the top two. Sevilla, in third, host Leganes on Sunday. Alaves stay 13th.

A 1-0 defeat at Mendizorrotza 13 months ago came three weeks before Julen Lopetegui was sacked as coach but this time Madrid showed the kind of steel that was so painfully lacking last season.

On a wet and windy afternoon in the Basque country, Zinedine Zidane's side never showed the verve and creativity that was so impressive in the draw against Paris Saint-Germain on Wednesday.

But this was a gutsy performance that means they have now won six and drawn two of their last eight matches in all competitions, with the Clasico against Barcelona next month fast approaching.

Gareth Bale made his first Madrid start since October 5 after recovering from a calf injury and his first too since his controversial celebration with Wales earlier this month, which sparked anger among his club's supporters.

Bale hit the post in the first half but faded and was replaced by Rodrygo after Alaves' equaliser.

With Eden Hazard out injured, Isco also kept his place while Alphonse Areola was given a rare outing in goal ahead of the rested Thibaut Courtois.

Madrid were lucky not to concede another penalty early on as Aleix Vidal slalomed inside Ramos and then Eder Militao, whose dangling leg caught Vidal's foot. Referee Guillermo Cuadra felt the fall was exaggerated.

At the other end, Bale hit the post with a header and Karim Benzema latched onto a quick throw but instead of shooting, hooked the ball back for Isco whose effort was saved.

Alaves grew in confidence as the rain grew heavier yet Madrid regrouped at half-time and took the lead soon after as Ramos was given a free header to glance in Toni Kroos' crossed free-kick.

But after scoring his sixth goal of the season, Ramos gifted Alaves an equaliser in the 66th minute by outmuscling Joselu in the penalty area, only to throw an arm across the forward's chest. Perez made no mistake.

Bale went off for Rodrygo and Alaves might have been able to build on their momentum if they had consolidated.

Instead, parity lasted three minutes as Isco met Luka Modric's cross at the back post and while Pacheco did brilliantly to save, Carvajal reacted faster than Victor Laguardia to the rebound.

Perez almost drove in a late equaliser but Marcelo made a diving block and Ximo Navarro's header had to be clawed away by Areola as Madrid held on. 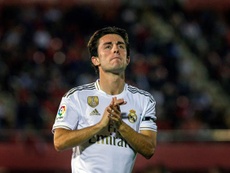 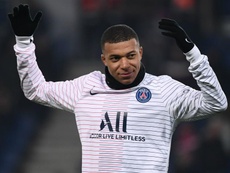 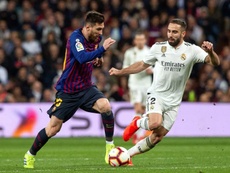 "I'm not going to lie, I would always prefer it if Barça don't go through"

Hi how are you doing 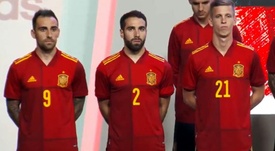 "Bale? There's no point in even answering"

Zidane to leave Carvajal behind, Brahim and Courtois to be called-up