Inter Milan striker Romelu Lukaku has been chosen as the Europa League Player of the Season 2019/20.

Lukaku is the Europa League Player of the Season 2019/20. UEFA, just after the Group Stage draw for the 2020-21 edition, presented the trophy to the Inter striker, who's goals carried his side to the final where they eventually fell at the hands of Sevilla.

The Belgian beat fellow nominees Bruno Fernandes, of Sporting and Manchester United, and Spaniard Éver Banega to the award.

After receiving the award, Romelu offered a few words of thanks. He mentioned his agents, his family, his colleagues, and his coach, Antonio Conte, as well as all his staff. He said that his teammates are like his family.

Lukaku's numbers in the Europa League explain why he was chosen. He played six games, starting in five, and scored seven goals, as well as providing two assists. This gave him an average of 1.5 goals per game, which is vital in a competition as prestigious as this one. 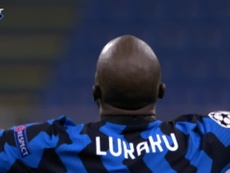 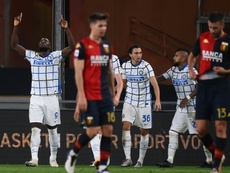 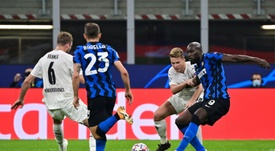