Jurgen Klopp might not have Alex Ferguson's legacy, but no Premier League manager has ever done a better impression.

Now you're gonna believe them.

After Mohamed Salah, at last, scored against Manchester United, as their 2-0 victory was at last assured, Liverpool fans made it clear to the world that they think this, at last, is their year.

"We're going to win the league," they sang, for the first time this season. They're right. Jurgen Klopp won't say the same, not yet, but he must know. Everyone knows.

Sixteen points clear, sixteen games to go. Ninety-one points won from the last 93 available. No league defeats in 12 months. Listening to Anfield on Sunday, the party has already started.

United are the only team to stop Liverpool winning in the Premier League this season, but now they, like 17 others, have tasted defeat to Klopp's relentless Reds (West Ham got a reprieve thanks to the Club World Cup). Discussions about the best ever teams in Merseyside, indeed the country, are for another time. In 2019-20, nobody comes close.

That said, on the evidence of this game and the 1-1 draw at Old Trafford in October, the gap between these teams in simple quality – in terms of the overall picture of the side – is not quite as yawning as some would think.

Under some dazzling pink skies as the sun set over the stadium, Liverpool were no more sparkling than United were appalling. This wasn't the Liverpool that tore Leicester City to shreds on home turf, nor the United that plumbed new depths of away-day embarrassment at Watford.

Neither was this the mismatch of the EFL Cup semi-final first leg this month at Old Trafford, when it seemed the only reason Manchester City did not try to match their 9-0 destruction of Burton Albion a year ago was because the players wanted a second-half breather.

Yet there is something more redoubtable about this Liverpool than their quality of play. Their greatest weapon, as it is for great sides through history, is a conviction bordering on zealotry that, come what may, they will win the football match.

There was nothing spectacular about the opening goal, nothing to reflect Ole Gunnar Solskjaer's glowing praise of Roberto Firmino, Sadio Mane and Salah's bamboozling interplay. It was a Trent Alexander-Arnold corner and a Virgil van Dijk header; a simple cross, a routine forehead finish, straight out of the annals of English football.

But reflected in Van Dijk's fourth league goal of the season was that triumphant certainty that has become the lifeblood of Klopp's team. Alexander-Arnold had a poor game by his standards, but you knew a good cross was coming. Van Dijk was marshalled, but you knew he'd win the header once the United blockers had faltered.

With Liverpool, you just know.

That's where United fall down in comparison. A club that came to define what it means to have a will to win under Alex Ferguson, who watched on from the stands here, has barely an ounce of that same quality these days compared to their great rivals. Solskjaer was right to argue that this Liverpool will only define an era like Ferguson did if they win consecutive titles, but there is no doubt which team best reflects the great Scot.

United had their chances. Good ones. But as Andreas Pereira failed to turn Aaron Wan-Bissaka's cross into an open net, as Anthony Martial volleyed over the bar with the goal at his mercy, did anyone really believe they were going to take them? Did they?

United were boosted before kick-off in that Chelsea's loss to Newcastle United meant the gap to the top four was never going to increase. They remain five points behind Frank Lampard's side – at this stage of the season, especially given Chelsea's inconsistency, they will not panic about their Champions League hopes at least.

Their performance in the final 30 minutes was also at least some cause for encouragement. The trouble is, when it comes to United, the next setback never feels far away. Even before kick-off, we learned Marcus Rashford could be out for weeks, maybe months, his back broken from carrying the Red Devils attack.

Meanwhile, Liverpool are disappearing over the horizon, 21 wins from 22 games in their pocket, already thinking of the visit to Wolves next week. Molineux is a dangerous ground for any side these days, a place where City have already lost this season, where United have failed to win in four attempts since last March.

Does anyone think the same thing will happen to Liverpool? They don't. 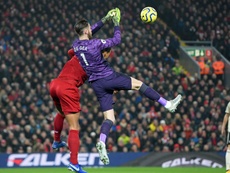 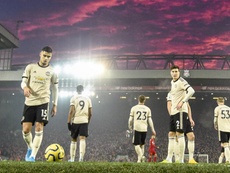 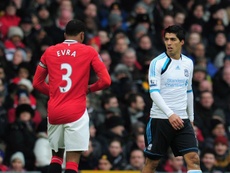 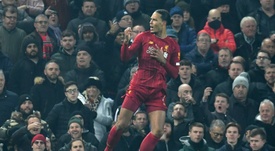