Liverpool has signed Diogo Jota from Wolves for 43 mill.

Jota has signed a "long-term" contract with the Premier League champions, which is believed to be a five-year agreement.

Jota will provide attacking depth for Liverpool boss Jurgen Klopp, competing with Mohamed Salah and Sadio Mane for playing time in the wide positions in the team's three-man forward line.

"It's just a really exciting moment for me and my family," Jota told Liverpool's website.

"All of my path since I was a kid and now, to join a club like Liverpool - the world champions - is just unbelievable. I just want to get started."

Jota claimed the move to Anfield was too good an opportunity to turn down.

"When you look at the Premier League, you always see Liverpool as one of the biggest teams in the country, so it's impossible to say no," he said.

"So we just want to come (to the club), to give our best and hopefully I can become a good option for Liverpool in the future."

Earlier on Saturday, Wolves boss Nuno Espirito Santo had confirmed Jota would be moving to Merseyside.

"Diogo is amazing and everybody knows the relationship we built. What Diogo did for us is absolutely fantastic," he said.

"I think Diogo is going to the right place and we wish him all the best, knowing that it will never be forgotten, especially by our fans, all the memorable moments that Diogo provided."

Former Atletico Madrid forward Jota joined Wolves on loan in their 2017-18 Championship-winning campaign before making a permanent switch in 2018.

While Jota's departure is a blow for Wolves, they can look forward to the arrival of 18-year-old Dutch defender Ki-Jana Hoever from Liverpool as part of the Jota deal.

"Ki will join us. He's a young player, a player that I think really has potential, has talent. And it's up to us to take the best out of him," Nuno said.

"First of all he has to integrate in to the squad, integrate into the dynamics we want inside of the team but this is what's happening - Diogo will join Liverpool and Ki will join us."

Liverpool has signed Diogo Jota from Wolves for 43 mill. 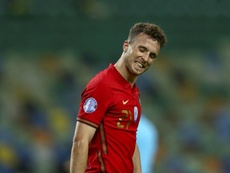 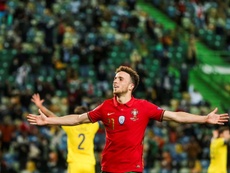 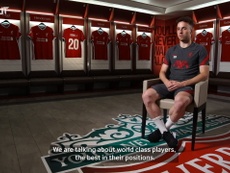 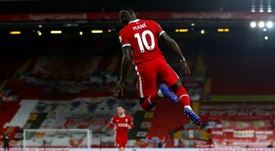