Jurgen Klopp's men are eight points clear of their nearest pursuers as they prepare to jet out to Qatar for the Club World Cup.

Watford, with new manager Nigel Pearson at the helm, will not be relishing the trip to Anfield, where they have lost 6-1, 5-0 and 5-0 on their past three visits.

Pep Guardiola takes his stumbling Manchester City team to face Arsenal while Manchester United look to keep up their push for a top-four spot at home to Everton.

AFP Sport picks some of the key talking points in the Premier League this weekend: Vardy magic

Jamie Vardy, who turns 33 next month, is out on his own at the top of the Premier League goalscoring charts, with 16 goals in 16 games.

Those goals have helped Leicester win a club-record eight consecutive top-flight matches by an aggregate score of 25-3. The former England man has struck in all of those victories.

In an ordinary season, Brendan Rodgers' side might be top of the league but they are doggedly pursuing a Liverpool team who have won 15 of their 16 games.

If Vardy nets against Norwich and Manchester City in Leicester's next two games, he would give himself the chance to equal his own Premier League record of goals in 11 straight games against Liverpool on December 26.

Vardy says he is more concerned about results for the team than finding the back of the net.

"I'm obviously over the moon," said the forward, referring to his goalscoring record this season. "But first and foremost, the points are for Leicester."

Frank Lampard is desperate not to squander the good work he has done with his young side in the early months of the season but is weighing up where he can strengthen now he is able to sign players in January.

The club's FIFA-imposed transfer ban following violations in the recruitment of minors, was reduced on appeal by the Court of Arbitration for Sport (CAS) last week.

Lampard hinted this week that he was looking at boosting his options in forward areas, highlighting the loss of the prolific Eden Hazard to Real Madrid.

Reports suggest he has been given a budget of Â£150 milllion ($198 million) to spend and the club have been linked with Crystal Palace forward Wilfried Zaha among other players.

Chelsea host plummeting Bournemouth on Saturday and Lampard knows he must get the balance right to strengthen Chelsea's hopes of securing a Champions League.

Pep Guardiola is scrambling for defensive solutions after a fourth Premier League defeat of the season, against Manchester United, last week -- the same number of losses Manchester City suffered in the whole of the last campaign.

The defending champions, who are 14 points adrift of Liverpool, had 23 shots against United but looked alarmingly open whenever the visitors charged forward.Â

Third-placed City have conceded 19 goals in the top-flight, just four fewer than they did in the entire 2018/19 season.

Midfielder Fernandinho has filled in at central defence after an injury to Aymeric Laporte and the Brazilian has said he is happy to help out where needed.

But it is a double-edged problem for Guardiola, who is playing one of his best players out of position and losing the 34-year-old's steel in midfield, with Rodri still finding his feet in the Premier League. 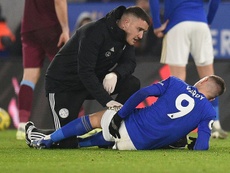 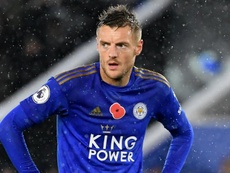 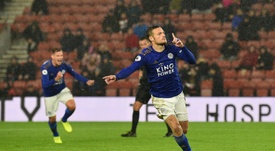