"I wasn't ready for this... but I have no regrets"

Messi's press conference comes to an end, as the player is embraced by his teammates

And with that closes Messi's press conference. The Argentine leaves the stand, approaches the zone of the auditorium where his teammates and ex-teammates are - including Xavi, Puyol - where he is then embraced by many of them. Journalists and members of the media are asked to leave the room.

"Do I feel betrayed by anyone? No, no. Like I said, it wasn't possible. Like I recently said, I was always upfront with Laporta and the fans. What happens is that, when someone doesn't speak as much, people make their opinons and say what they want, but not everything they say is the truth. I was always upfront with the people and that's what mattered to me most: to tell the truth to those that gave me so much and to whom I gave so much and with whom we have both grown so much in these years."

"We had closed the contract and, after having reached an agreement, they didn't ask me anything else. I took a 50% pay cut. The story claiming they asked me to lower my salary 30% further is a lie. There are many things that are said that aren't true, I can tell you now."

"I don't have any regrets"

"I have the thorn in my side over having not won more titles because we were so close, the semi-final against Liverpool, against Chelsea with Pep... and we had a generation where we could have won a Champions League more, but this is football. I don't have any regrets. I will always try to give my all... but yes it's true that we could have won one more Champions League. My goal, of course, is to win another Champions League, win more titles and, if possible, overtake Dani Alves or at least get close (to his record)."

"My photo with Neymar and Di Maria? We went for a drink, it's just a photo"

"I did all I could to stay and it was not possible. I don't have anything more to say because I can't tell you any more. We did all we could", Messi has repeated several time the same answer when questioned about his contract.

"The president explained why (I couldn't renew my contract), because the club is in great debt and didn't want to go any further into it, after they realised they were unable to do it (offer the contract). La Liga weren't going to permit the extension either. I have to think about my future and move on".

About the new famous photo with PSG players: "I went for a drink with Di Maria in Ibiza. Neymar called me and said 'I'm in Ibiza, we're going to meet up. Come and we will all meet'; Verratti was there as well and we took a photo. There were jokes at the time and they told me: 'Come, come to PSG'. It was all a joke, a coincidence. I know that a lot of attention has been given to this photo, but it was just a photo, a moment we shared on holiday and nothing more." 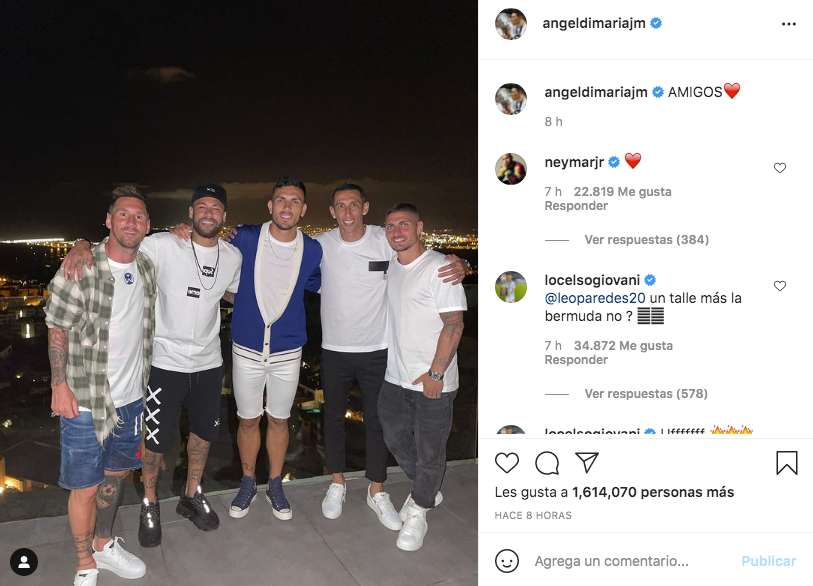 "I have no problem with Tebas"

About competing against Barcelona: "People know me, they know that I'm a winner, that I want to keep on competing. If I had stayed, I would have fought for everything. From here I want to congratulate Dani Alves, who won the gold medal. I want to try and lift it if possible, that's my mentality. People know me well enough to ask me whether I will play for a team that is going to compete with Barca. I wanted to stay."

About receiving the news of his departure: "It was like a cold shower because I didn't expect it, I was very sad, tough even to today. We are coming to terms with it as best we can and, when I go home, I'm still definitely going to feel bad. But we're going to surrounded by family, my loved ones and the most important thing is to continue playing football. Once it starts, I'm going to get through this bit by bit."

When asked about La Liga's regulations: "I don't know, the only thing I know is that we were unable to due to La Liga, for the rules of the club, because the club didn't want to go into any more debt and I have nothing to say to Tebas. He approached me once or twice to say hello and I also don't have anything to say to him because I have no problem with him."

"False hope? No, we were convinced"

Messi denies that Laporta gave him false hope. He understands that everything was closed with Laporta, that they were honest with the fans.

"There is no going back; it's the end at this club"

"A future tribute at the Camp Nou? Yes, obviously. Maybe it won't be the same as it is right now, which is when it's my time to leave. But obviously, for these people, I'm ready for anything like I have been since I arrived here."

When asked about a Barcelona team without him: "They have an amazing squad. For sure, many more players are going to arrive, like Laporta said. The club is always more important than anyone else and people will get used to it. Initially, it will be strange for them, but they will end up getting to it as time goes by. But, like I said recently, really good players, a great squad, everything falls into place."

Regarding Laporta's decision: "I feel sad because I have to leave the club I love and at a time I didn't expect because, as I said at the beginning, I never lied, I was always upfront. Last year, I wanted to leave, this one, I don't want to. For that reason, it's sad."

"There is no going back, it's the end at this club and now I start another story. It's a difficult time."

"There is nothing completed, but I am talking with PSG"

"I did everything I could to stay"

"Laporta already said, it was all agreed and, due to La Liga, it wasn't to be"

"Laporta already said. It was all agreed and, due to La Liga, it wasn't to be and there's nothing more to say. We had everything agreed and it was unable to go any further."

Messi took a break from his introductory statement to drink some water, as he was met with over a minute of applause from the crowd. That provoked another emotional reaction from the Argentine, visibly moved by everyone's response.

Messi, still in tears: "I wasn't prepared for this"

"I want to thank everyone. My teammates, everyone at the club, who are so many and who are spoken about so little. To speak about this club, I always intended to manage myself with humility, respect and that's what I did with everyone at this home. So many beautiful things have gone by, as well as some bad things, but it has all helped me to grow, continue improving and be the person I am today. I always gave everything for this club, for this shirt since the first day I arrived right until the last. I'm grateful for the care from all the people since forever, I would have loved to have said goodbye in a different way."

"We wanted to stay in our home, that's what we wanted. We always put our wellbeing above everything, being in our home and continue enjoying the life we're living in Barcelona, both in a sporting and personal sense. Today, it's tough for me to say goodbye to all this. Like I said before, after so many years, my whole life here. I arrived just a young boy, 13-years-old, after 21 years I leave with three children and I couldn't be prouder of what I've done"

"In the last few days, I've been thinking, going over what I wanted to say. The truth is that nothing came to me, I've been blocked. This is very difficult for me, after so many years, after my whole life here. I wasn't ready. When I said that I was going, I knew that I had to say it"

There is a slight delay to proceedings as Messi has to compose himself. The player is visibly distraught at having to say goodbye to a club with whom he has been his entire senior career. 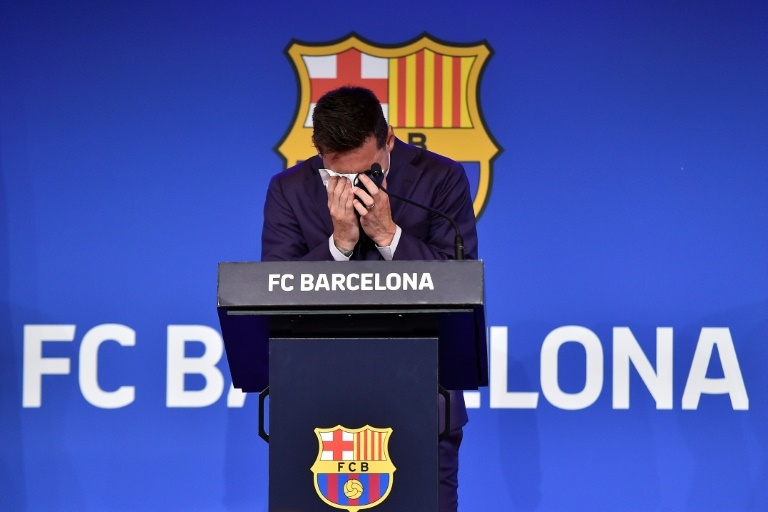 Messi's press conference gets underway as the audience wait for his every word. The Argentine has entered via a secret doorway in a room with little light in which the likes of Busquets, Pique, Ter Stegen are just about distinguishable. Antonella and his children are sat in the front row.

LIVE: Messi's press conference: Leo is about to arrive

The arrival of Leo Messi is imminent. The Argentine is about to appear at the press conference to give his definitive goodbye to a long and prosperous Barcelona career.

LIVE: Messi's press conference: Xavi Hernandez is in the room

Laporta, Koeman, Barcelona's first team and ex-players of the club are all in the auditorium. One of those is Xavi Hernandez, who witnessed first hands the best years of the Argentine.

LIVE: Messi's press conference: fans gather at the doors of the Camp Nou

A large number of Barcelona fans have gathered at the doors of the Camp Nou to witness the arrival of their idol, Leo Messi. Numerous blue-and-red shirts with his name and number on the back can be seen, all wearing masks and waiting with a lot of expectation.

Auditori 1899 in which Messi will feature is prepared. He will stand alone with the club crest behind, underneath a big screen. To one side will be flags of the club and Catalonia. In front are various rows of seats separated by the necessary distance as part of ongoing coronavirus prevention measures. Next to where the Argentine will be standing will be all of the trophies he has won as a Barca player. It is likely that he will be pictured with them later on.

As Messi prepares to appear before the press, preparations are underway in the Camp Nou. They will ensure that everything is ready and on time, given that this will be the farewell of not only a club legend, but also probably the best player of all time.

LIVE: Messi's press conference: what will the Argentine say?

We're live with the press conference held by Leo Messi over his departure from Barcelona. The Argentine will appear from 12:00 CEST in the Camp Nou to clear up any doubts about the agreement with Joan Laporta that fell through at the last minute, which was reportedly due to La Liga regulations on wage limits. 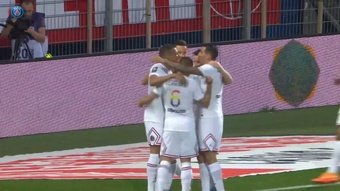 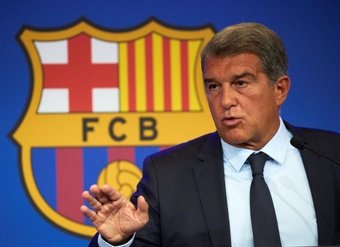 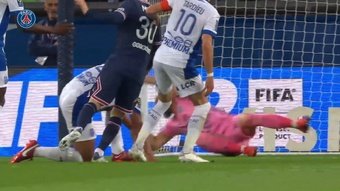 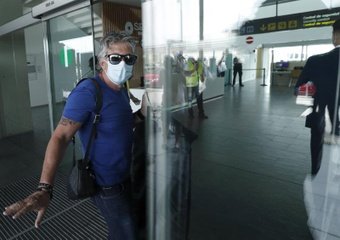 "I hope Messi returns to Barca some day" 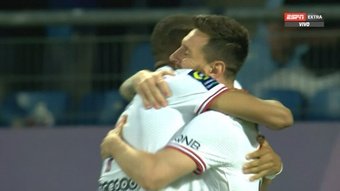 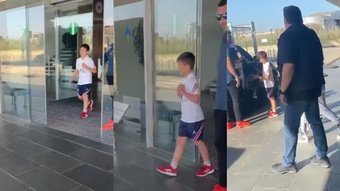 Barcelona at his feet: Thiago Messi covered up the PSG crest! 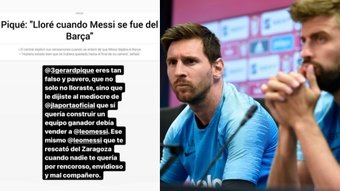 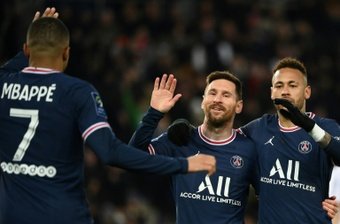 Messi ready for Troyes despite missing training on Saturday