The Europa League matchday one kicks off September 20! As always, we thank you for joining us today.

The Europa League is now in full swing!  Some long trips ahead for a lot of teams...

We are almost done! And we'll all be glad we are, as the hosts are starting to struggle with the draw... The full updated list of groups coming your way now!

We are now into the last round of group pickings...

Groups are starting to form! As it stands:

The groups continue to take shape...

We'll bring you an updated list as the groups start to take shape! Some interesting pairings already, with Arsenal and Eintracht Frankfurt in the same group... Promising game!

Serial winners Sevilla kick it off in Group A!

Frequent winners Sevilla will lead group A, with Dynamo Kiev in group B, FC Basel in group C, Sporting in group D, Lazio in group E, Porto in group G, CSKA Moscow in group H, Wolfsburg in group I, Roma in group J, Arsenal in group F, Besiktas to group K, and last but not least Manchester United to group L.

Before the draw, UEFA secretary Giorgio Marchetti starts on a sombre note by paying tribute to Luis Enrique, who lost his daughter to cancer yesterday.

The road to Gdansk

Ashley Cole and Paulo Ferreira will be making the draw!

“When you know, you know,” Ashley Cole says of his recent retirement, as he looks ahead to his coaching career which will start with Chelsea Under-15s. The next man on stage is another former Chelsea player - this time it's Paulo Ferreira.

Eden Hazard has won the Europa League Player of the Season award after leading his now-former team Chelsea to victory in Baku; a game that became his very last with a club he called home for years. He beats former teammate Olivier Giroud and new teammate Luka Jovic.

The ceremony has kicked off! Groups coming your way any second now

About to kick-off! Some facts for you...

There are eight former Europa League winners in this year's group stage draw:

Ones to watch? Group of death?

Sevilla are the highest ranked side in the competition, according to Uefa's coefficients, and as serial winners of this competition they are one to avoid. Manchester United and Arsenal won't need to worry about that, given their positions in pot one, and they will have the benefit of avoiding other heavy-hitters like Wolfsburg, Besiktas, Sporting, Porto and Roma. For Celtic, Rangers and Wolves, Lazio might be the softest might be the softest in Pot 1 but the reality is there is no easy draw here.

How does the draw work? Let us explain!

There are 48 teams in the group stage, to be split into 12 groups of four teams.No team can play another from its own country, so any Premier League team cannot face each other in the group stage. The teams have been split into four pots, with one team per group from each pot.

Let's look at the pots before kick off...

Hello and welcome to our live coverage of this early afternoon's Europa League group stages draw! Let us break it down for you.

The Europa League starts! Follow our minute to minute coverage of this early afternoon's draw live from the Grimaldi Forum in Monaco! 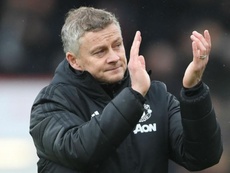 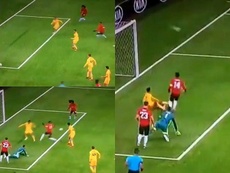 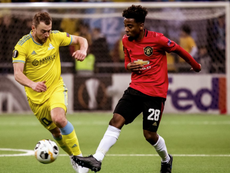 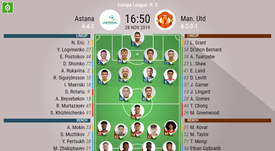 "The future could be very close"