Lindstrom, 21, struck midway through the first half to send Frankfurt on their way to a much-needed third win of the season and put the brakes on Freiburg's brilliant start to the campaign.

"Jesper is still young and the Bundesliga is a lot tougher than the Danish league, so he needs some time to get used to it, but he showed today that he is a great footballer" Frankfurt goalkeeper Kevin Trapp told broadcaster DAZN.

The win sees Frankfurt, who have struggled under new coach Oliver Glasner this season, move five points clear of the bottom three. Having remained unbeaten for the first 10 games of the campaign, high-flying Freiburg are still in third despite losing both of their last two games.

Frankfurt took the lead on 34 minutes, Lindstrom opening his German league account with a poacher's finish. After unsettling the Freiburg backline with a darting run into the box, Lindstrom pounced on a loose ball in the area and prodded it into the bottom corner.

Filip Kostic doubled the lead with a flukish free-kick just before half-time, his cross from deep missing everyone in the box and bouncing inside the near post. Freiburg hit the post and had a penalty appeal waved away in an entertaining second half, but were unable to hold onto their nine-game unbeaten run at home.

Their first home defeat of the season was also their first in their new stadium, which opened last month. 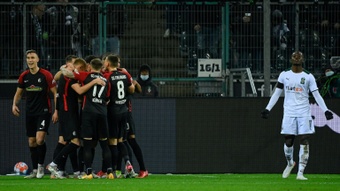 Freiburg pile pressure on Hutter with historic win at Monchengladbach 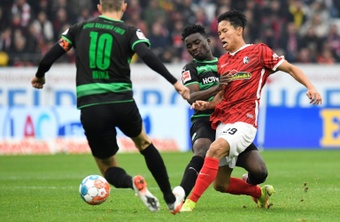 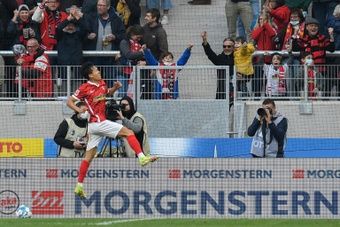