'Like a final:' Conte's ahead of Inter's crunch clash with Real Madrid

Antonio Conte's Inter Milan take on Real Madrid in Wednesday's Champions League clash in a game the coach describes as "like a final" with both sides needing a win.

"For us it represents a final, after the defeat in Madrid and the two previous draws there are not many solutions," Conte told a pre-match press conference at the San Siro. We have no escape, we have to win. And we know, after the first leg, that if we want we can win."

The Italians are bottom of Group B after losing 3-2 in Spain, despite coming from two goals down to equalise before Real snatched victory. Real Madrid, the record 13-time European champions, are third with four points after three games.

"It will be a very difficult match, we know what Real Madrid are, their history, even recent in this competition," continued Conte.

Real have won four of the past seven Champions League titles, while Inter are three-time winners, most recently in 2010. The clash between Conte and his former Juventus teammate Zinedine Zidane's Real Madrid will not be decisive. But after drawing against Borussia Moenchengladbach and Shakhtar Donetsk, another defeat would push Inter towards a third consecutive elimination at the group stage.

"This is the most difficult group of the whole Champions League, we would have deserved a better ranking at this point," said Conte who took over in 2019. "To qualify we need seven points, maybe nine. Talk means nothing, we have to face facts, everyone has to take responsibility, me the players and the club. If it hasn't happened yet, it doesn't mean it won't happen."

Real lost at home to Shakhtar, and drew against Moenchengladbach.The Spanish giants have never failed to advance past the group phase in 24 consecutive editions since 1997.

Zidane will be without two of the three scorers from the home leg, Sergio Ramos and Karim Benzema, both injured, with Luka Jovic and Eder Militao out with Covid-19.

"I don't think Real need to cry, they a complete, big squad, they have many good players," said Conte. "The fact that there is talk of absences makes me smile a little."

Inter captain Samir Handanovic warned all is still to be played for. "Let's wait for the next three Champions League matches before making judgements," said the Slovenian goalkeeper. However, it's worrying, we concede too many goals and if we want to improve, that is the first thing to adjust." 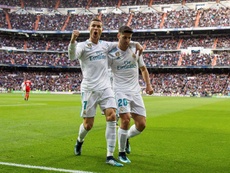 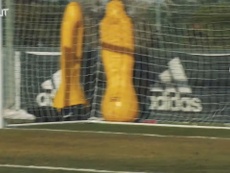 VIDEO: Preparation for the first match of Copa del Rey 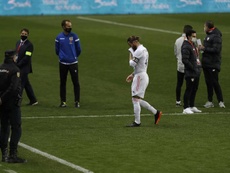 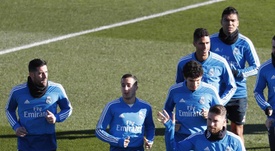