A total of five Ligue 1 games scheduled to take place in matchweek 18 have been cancelled due to the ongoing unrest in France.

Five Ligue 1 fixtures, including those of champions Paris Saint-Germain and Marseille, have been called off due to anticipated riots in France.

Protests, labelled 'gilet jaunes' demonstrations, have caused havoc across the country in recent weeks, particularly in Paris, with six Ligue 1 games having been postponed in matchweek 17.

And, with police resources needed to deal with more expected riots, half of the scheduled 10 fixtures set to take place in matchweek 18 have now been postponed.

PSG had their last outing against Montpellier put back to January 15, and the Ligue 1 leaders' encounter with Dijon will now also have to be rescheduled.

Montpellier confirmed on Wednesday that their fixture with Nantes had been cancelled, but there was better news for Nice and Saint-Etienne, with their game – along with Lyon's meeting with Monaco – having been moved to Sunday.

Marseille will also have their match against Bordeaux rearranged, while Amiens v Angers and Guingamp v Rennes have been put on hold.

Reims v Strasbourg and Nimes v Lille are still scheduled to go ahead, with Caen's home clash with Toulouse set to take place on Tuesday. 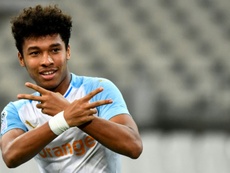 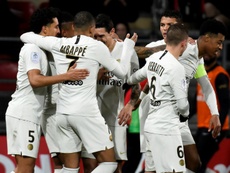 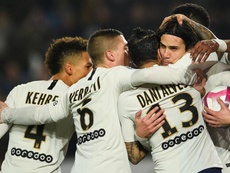 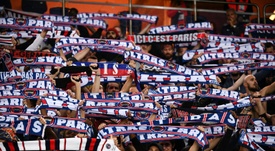 PSG game to go ahead despite protests