Sergio Ramos put Real Madrid ahead from the penalty spot at the Camp Nou after Lenglet gave away a penalty, and with the help of VAR.

It's been 14 years since Real Madrid got a penalty at the Camp Nou. And the one they got on Saturday after 60 minutes was not without controversy over VAR's intervention.

In a ball in the box, Sergio Ramos was pulled back by Lenglet before looking for the shot. It was obvious. However, Martínez Munuera didn't initially give it.

But the video-arbitration intervened, with Sánchez Martínez at the head, to warn the referee, who went to see it on screen, and he had no doubts. In fact, Lenglet gambled with an unnecessary second yellow after the first half booking.

Barcelona were better at this stage of the match, but Real Madrid hit them through Sergio Ramos, who became the first defender to reach 100 goals for Real Madrid.

The decision was heavily protested by Leo Messi and Jordi Alba, who were booked, although it is Lenglet's mistake against a CB who was able to lose his marker in his attempt to score. 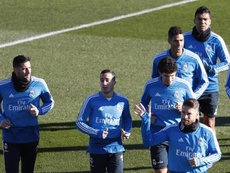 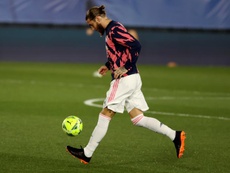 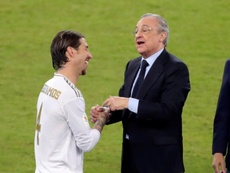 "Sergio Ramos will end up renewing" 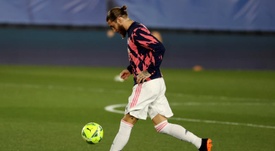 Carvajal drops out and Ramos enters for Osasuna match

"Ramos would be a great signing for United"