Leicester's first ever CL goal "will live with me forever"

Leicester City midfielder Marc Albrighton said that scoring Leicester's first ever Champions League goal is a moment that with him forever.

Club Brugge failed to deal with a Luis Hernandez long throw and Albrighton was on hand to strike the ball home which created history for Leicester as it was their first ever goal in the Europe's premier competition.

The former Aston Villa player ranks the moment as one of his biggest career achievements to date.

"It's massive. I'm not going to play it down because it's probably one of the biggest achievements of my career so far," Albrighton told 'LCFC TV'.

"It's massive for me and my family because it will live with me forever.

"Just to be there is sensational and to score is just that one better. For everything that my family have done for me and supported me throughout, it's massive for me, but it's massive for them as well. It's something that I'm sure they're all proud".

Leicester went on to win the game 3-0 as Riyad Mahrez added the other two goals for the Foxes. 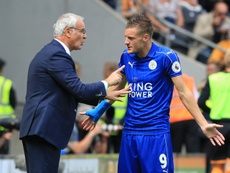 Ranieri: "We were inspired by Champions League anthem!" 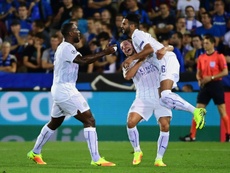 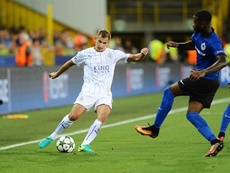 Leicester off to dream start in Champions League 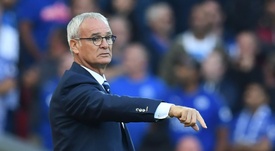