Thommy came on midway through the second-half and with time almost up, the midfielder casually turned his marker and unleashed a fierce shot which crashed in off the far post.

His superb strike gave Union goalkeeper Rafal Gikiewicz no chance, heart breaking for the Polish shot-stopper who had produced a reflex save to deny Fortuna striker Rouwen Hennings a second goal of the game just moments before.

The result leaves Duesseldorf third from bottom as Thommy's goal sealed their first league win in seven games since their 2-0 victory over Cologne, who are two points above them in the table.

Hosts Duesseldorf took the lead with a fantastic strike by Hennings, who volleyed into the top left-hand corner from the edge of the area seven minutes before the break.

Union drew level three minutes after the restart when defender Michael Parensen, 33, claimed the first Bundesliga goal of his career by tapping home from a corner.

However, there was no denying Duesseldorf and their fans, who celebrated Thommy's late match-winner long after the whistle following their final match before the four-week winter break.

Despite the away defeat, Union are 11th at the halfway point of the season, one place and one point above neighbours Hertha Berlin on their first campaign in Germany's top flight. 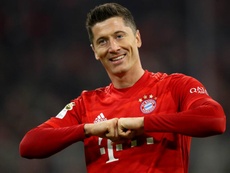 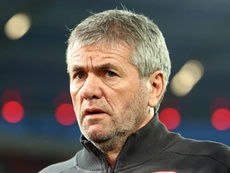 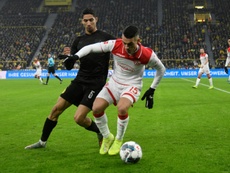 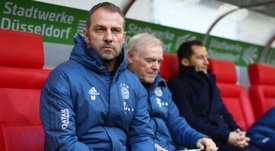