The Reunion islanders, who beat Ligue 2 side Niort in the last round, played for all but the first 15 minutes against Epinal with just 10 men following a red card for their captain Jean-Michel Fontaine after a clumsy challenge that saw his victim stretchered off.

However, 'The Storks', who ply their trade in the equivalent of the sixth division, still took fourth-tier Epinal into extra-time before Adel Berkane scored the winner three minutes before a potential penalty shoot-out.

Saint-Pierroise had already matched the achievement of Geldar Kourou from French Guiana, who were the first overseas outfit to make it as far as the last 32, back in 1989.

There was a notable upset as fourth division Belfort eased past Nancy, who are second in Ligue 2, to reach the last 16 for the first time in their 73-year history.

Enzo Grasso put Belfort ahead after seven minutes only for Malaly Dembele to level. The 22-year-old forward, however, was sent off 10 minutes into the second half and the home side took control with captain Thomas Regnier scoring twice, the second from a penalty.

Belfort's 18-year-old goalkeeper also had a day to remember, saving a penalty.

FC Limonest will also fly the flag for the part-timers in the last 16 after they beat fellow fifth-tier side Prix les Mezieres 1-0 through a 53rd minute goal from Evan Rouvier.

Ligue 1's Nice had to battle hard to win 2-1 against Red Star, France's second oldest club set up in 1897 and currently second in the third division.

The Parisians battled hard in the second half forcing several fine saves from Nice goalkeeper Walter Benitez before Yanis Hamache scored a consolation for Red Star in the 90th minute.

Goals from Loic Remy and Victor Osimhen were enough to see Lille win 2-0 at Gonfreville.

Marseille are also through after their 3-0 win over Granville on Friday, their third goal scored for Dmitri Payet, formerly of JS Saint-Pierroise.

Bordeaux are out though, beaten 3-2 after extra-time by third division Pau on Thursday.

Later on Saturday, Saint-Etienne travel to Paris FC, currently 19th in Ligue 2, while Nantes host Lyon in an all Ligue 1 clash. 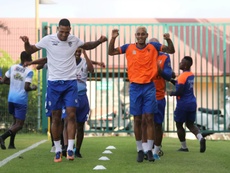 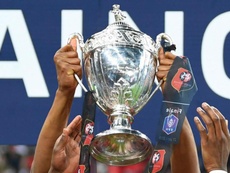 Reunion side cause shock in French Cup 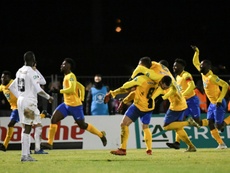 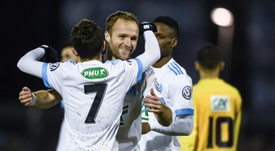